We were commissioned to create a Virtual Reality Experience for DSTV South Africa. DSTV is the biggest pay TV in Africa. DSTV was the official broadcaster of the Idols show in South Africa. They wanted to offer audience members a Karaoke experience to fit in with the theme of Idols.

The idea was to create a Virtual Reality Karaoke platform with 3 Judges and a audience inside virtual reality to give the audience the Idols experience. They wanted the person to feel completely immersed into the experience.

"We would like to take the opportunity to invite you to our offices to come and experience the Virtual Reality applications that we created! This will give you a good understanding of our capabilities and why Virtual Reality is such a powerful marketing tool."

More About the Virtual Reality Karaoke Game that we Developed. 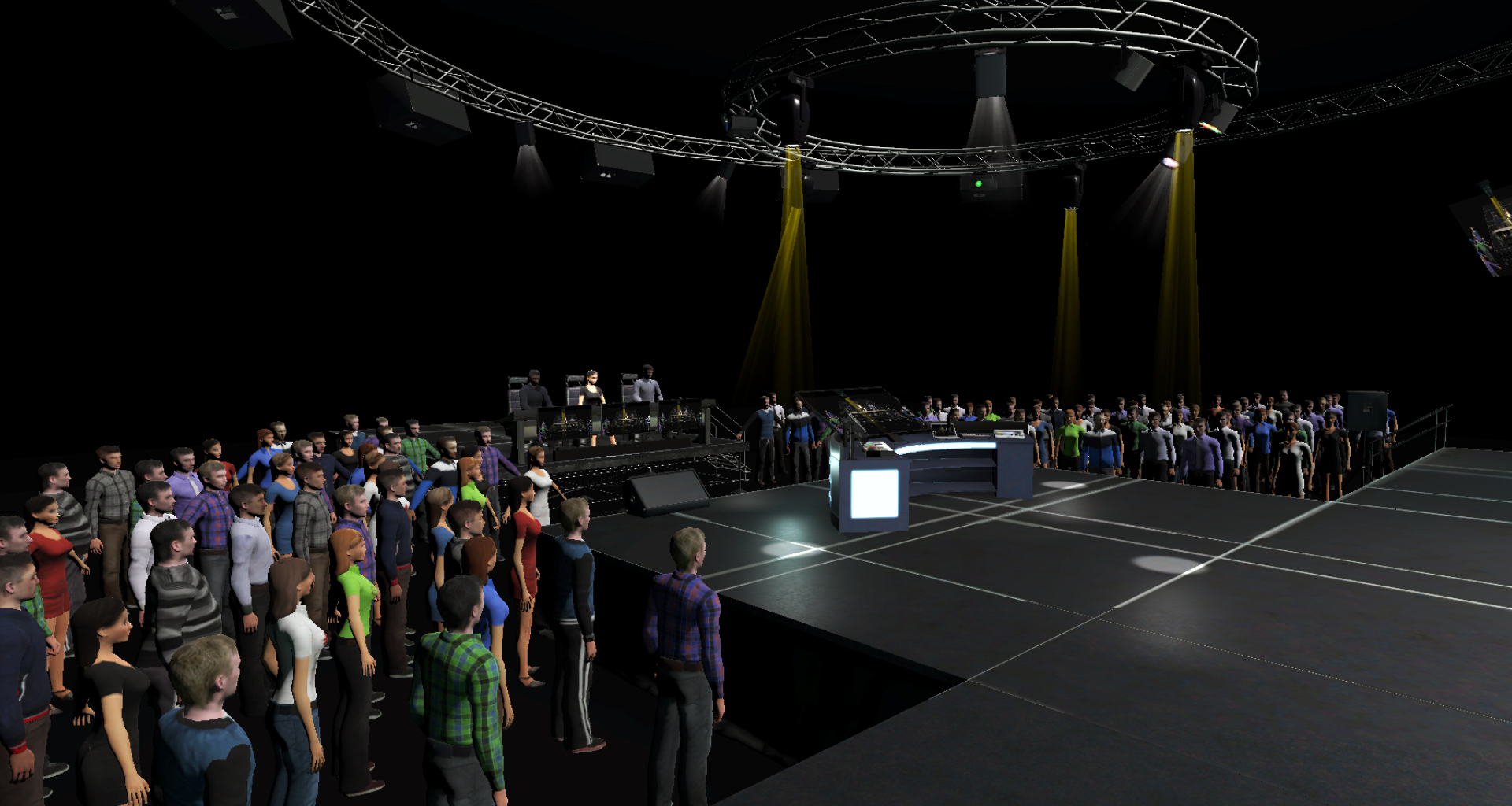 Inside the Virtual Reality Karaoke Game 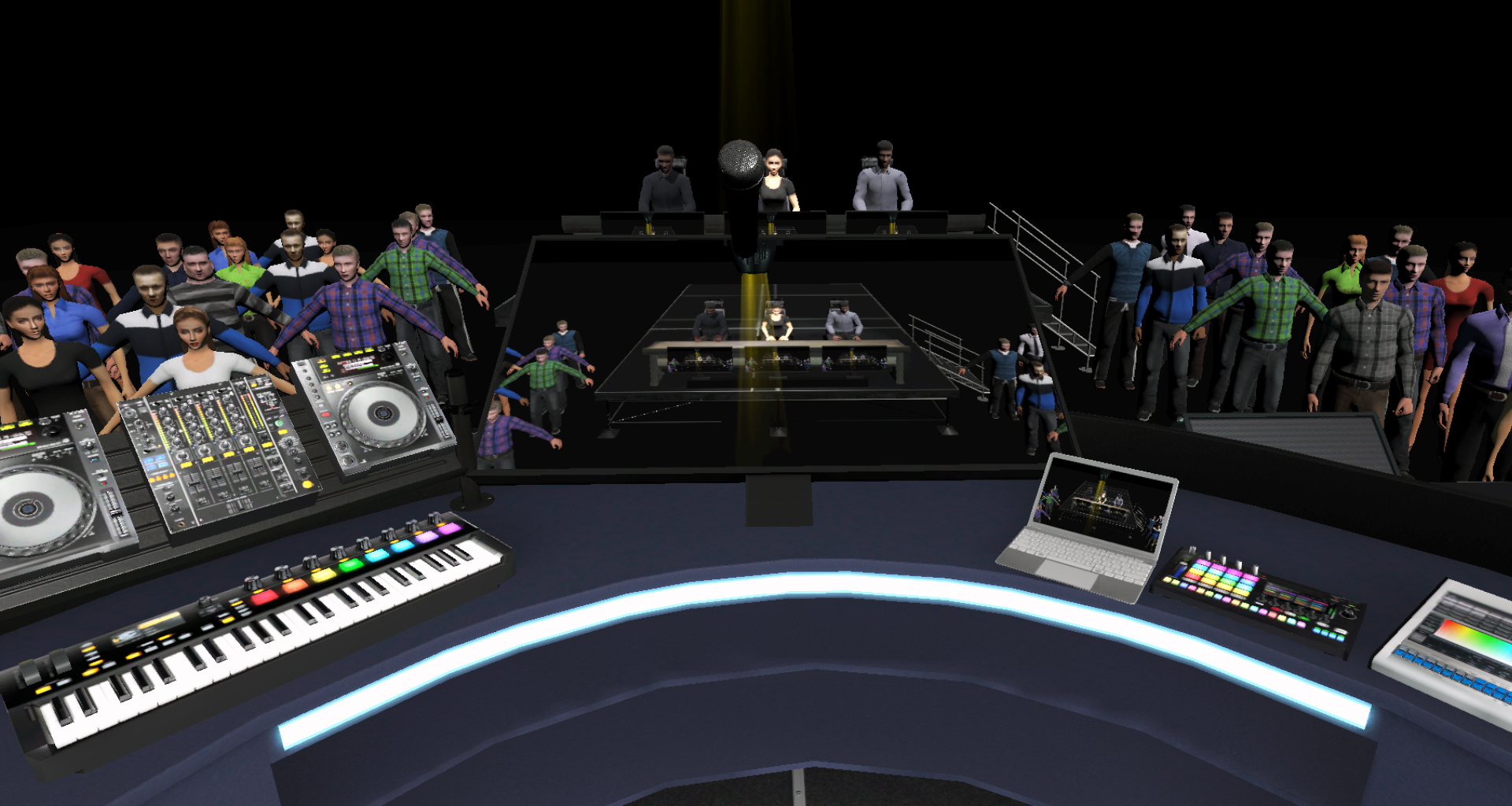 The Karaoke Stage from where the contestant performed. 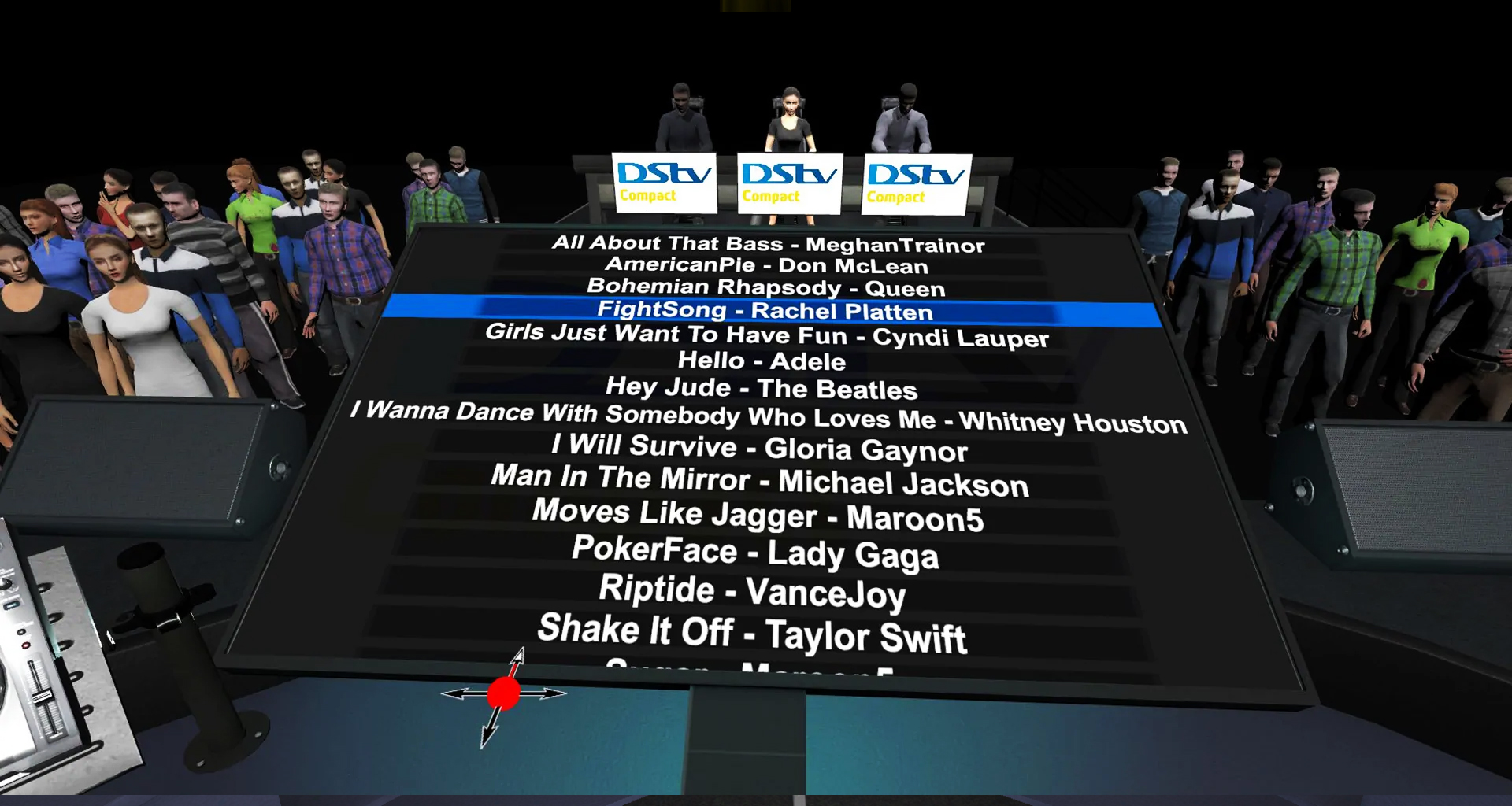 We created a stage and platform for the contestant to stand on. The stage was slightly elevated so that the contestant could see the judges as well as the crowd. Both the Judges and Crowd reacted to the person doing their audition in Virtual Reality. They danced, reacted to the singing booed and cheered as the player sang.

This encouraged the person to perform at their best. The experience quickly got to most contestants and they sang their hearts out! This provided excellent spectator value and the people at the Idols event loved it!

The Karaoke Virtual Reality game was developed for the HTC VIVE virtual reality headset and offered 6 Degrees of Freedom inside. This means people could walk closer to the Microphone, Pick it Up, interact with the DJ Box and move closer or further away from the Television screens showing the words they needed to sing.

Easy to use Virtual Reality Experience

We placed several screens around the contestant and a Big Screen Behind the contestant. This added convenience to the audition since the singer could look around and always have the words somewhere in front of him/her while auditioning.

Above is a candid 360° Video we took at one of the Virtual Reality Karaoke Events in Pretoria, South Africa at the State Theater.