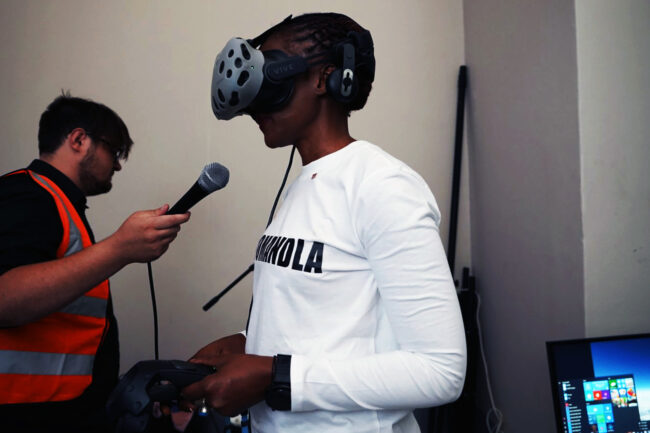 Saray Khumalo (born 1972) is a Zambia-born South African explorer and mountaineer. In May 2019, she became the first black African woman to reach the summit of Mount Everest.

Prior to her 2019 success, she had attempted several times to conquer Mount Everest. Her first attempt was in 2014, when she was halted after an avalanche that killed 16 guides on the slope. She tried again in 2015, but was halted again by an earthquake in Nepal. Her final try, before her success, was in 2017 where she was forced to turn back because of the terrible weather.

She is also known to have summit five mountains, including Mount Kilimanjaro in Tanzania, Aconcagua in Argentina and Mount Elbrus in Russia.

The Most Challenging Part of this Virtual Reality Event:

By far the most challenging element of this virtual reality project was to setup Multiple HTC VIVE Virtual Reality systems in the same room. The HTC VIVE uses Base Stations as part of its room-scale tracking system. These Base Stations use infrared light as part of its system and you can only use 2 x Base Stations at the same time, in the same area without it interfering with other Base Stations. Inside this area +/- 5 x 5 meters. In this space you can at most fit in 5 HTC VIVES with a small amount of space for each player to play in.

"“We came up with the following layout to accommodate the Mutliple HTC VIVE Setup, dividing the room into 4 areas with 5 x HTC VIVES in each area and 2 x Base Stations per 5 x HTC VIVE Units. With dividers between each set of HTC VIVES. Using this method we managed to setup 20 x HTC VIVES in the same room."

The Dividers allowed us to setup 20 HTC VIVE systems in the same room and enabled us to give 20 people the same experience at the same time. This is as far as we know the first time ever so many people were in the same high-end Virtual Reality experience using the HTC VIVE virtual reality systems.

Another challenge was to setup the room, to look like Base Camp 1 at Mount Everest. Due to the time constrained we were forced to think on our feet and were responsible for all the elements inside the physical world as well.

We decided to print banner walls and place them around the walls to give people a panoramic view of Mount Everest.

"“We printed a 21 Meter Panorama image on both sides to give the media a 360° view of Mount Everest.”" 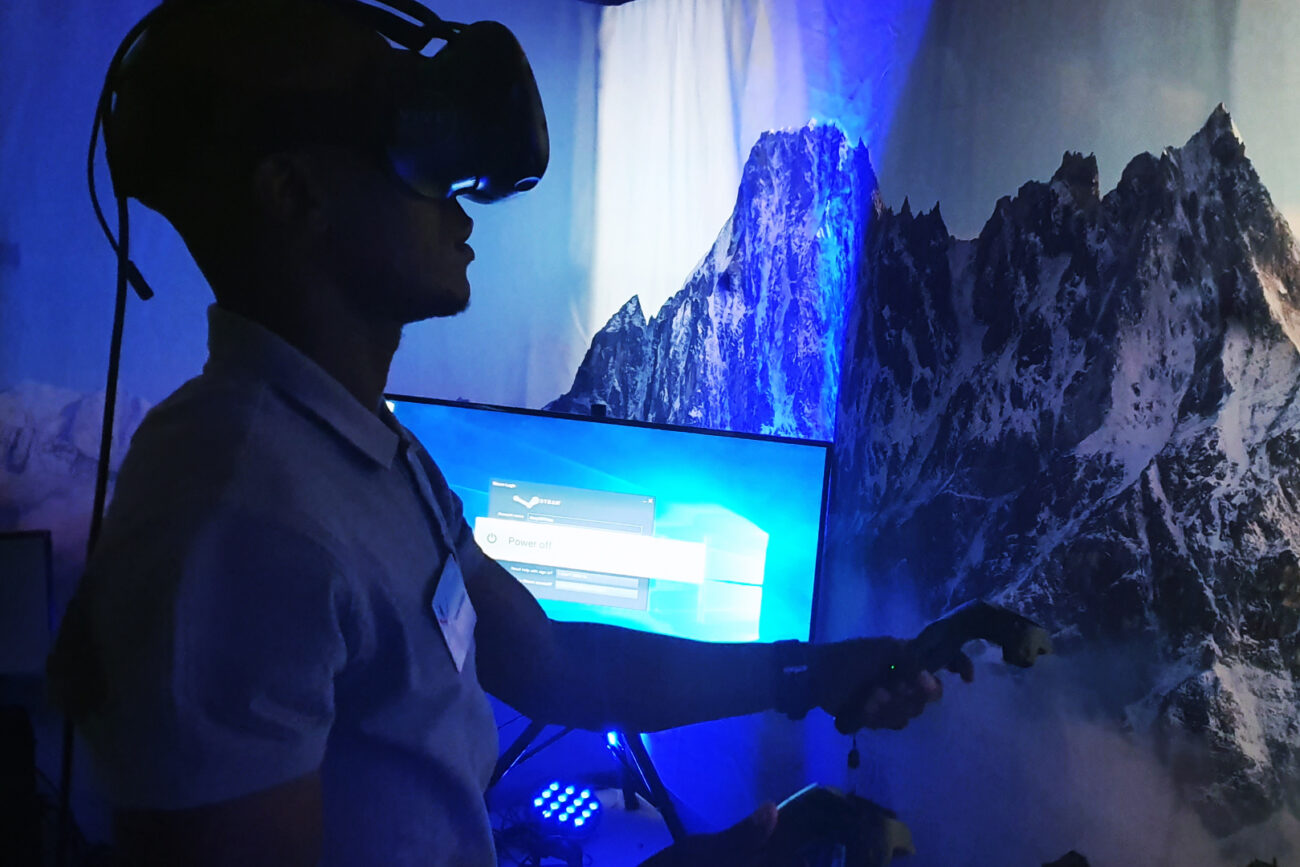 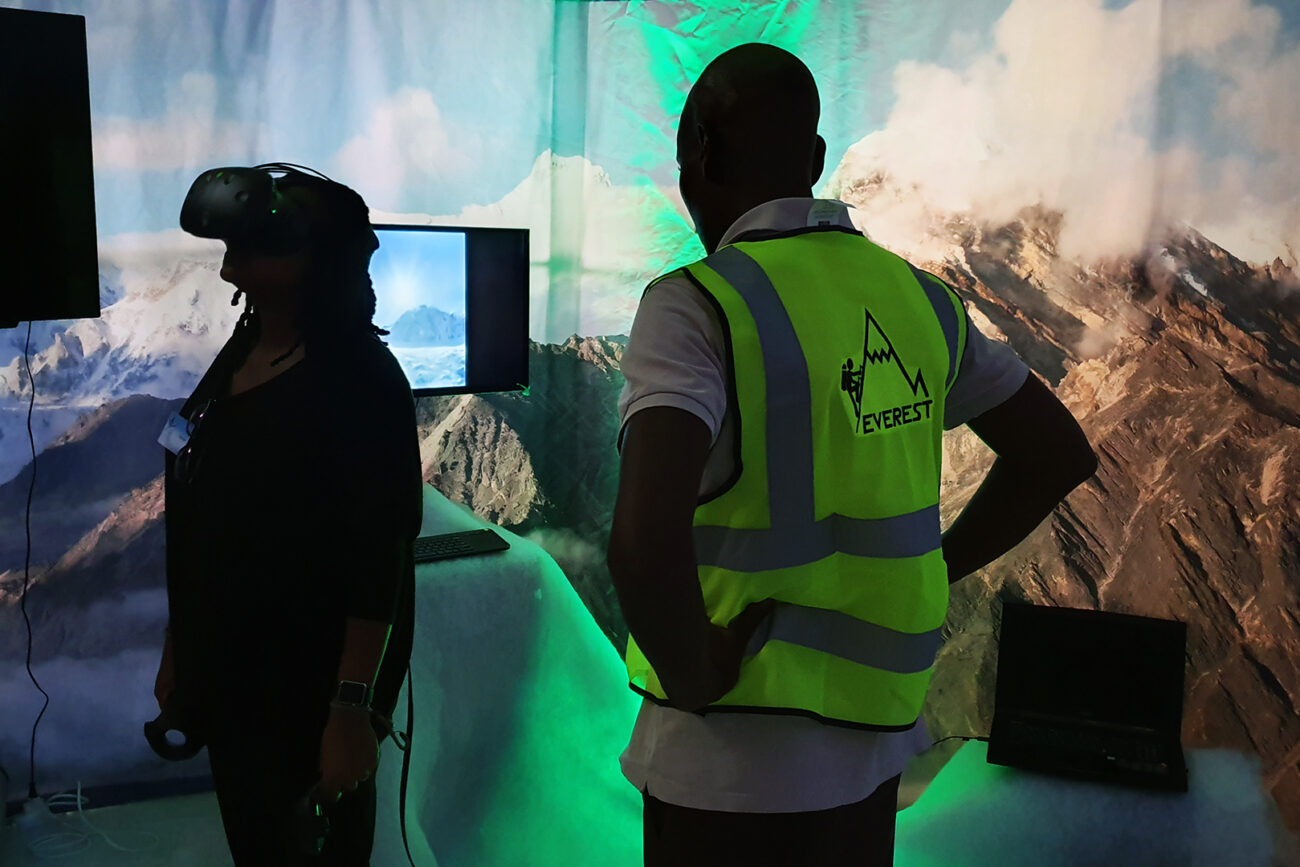 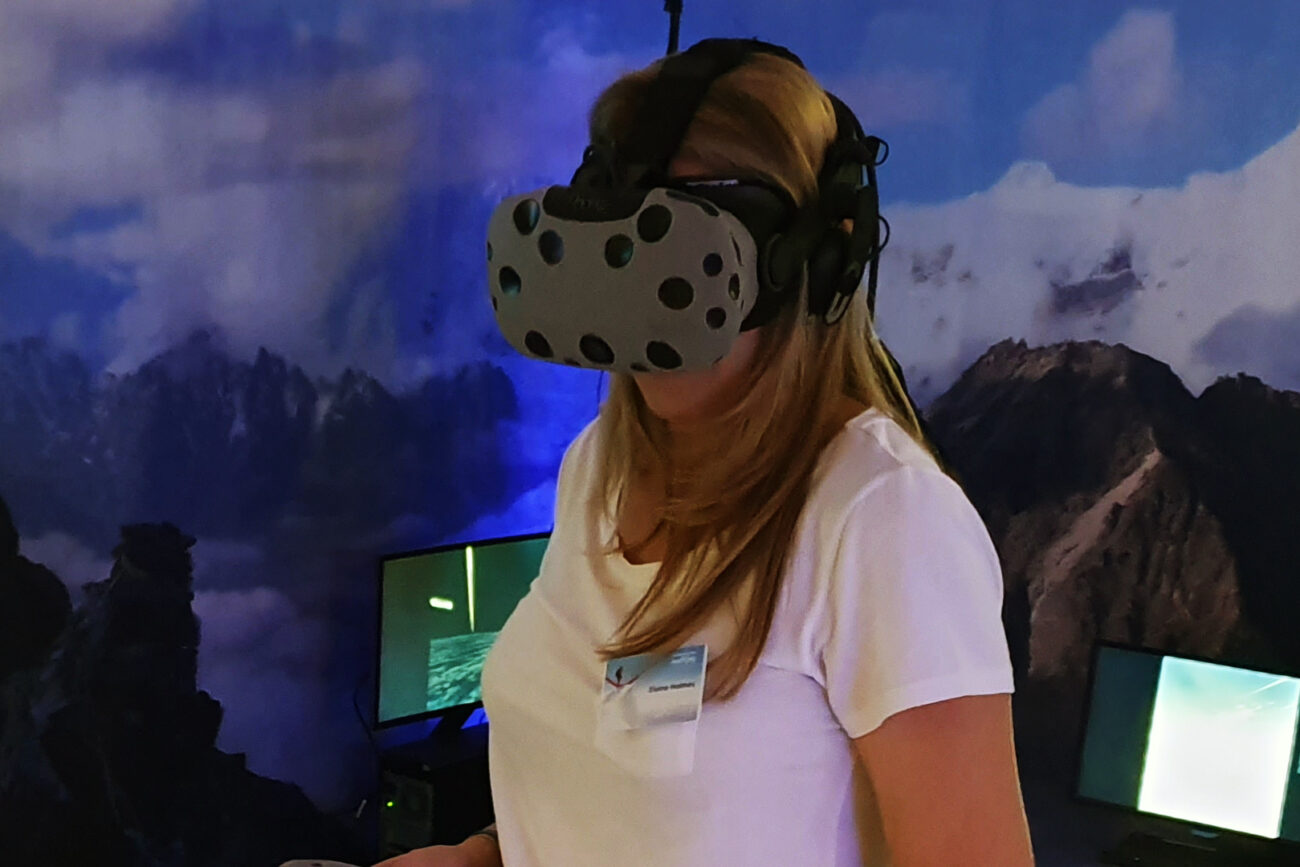 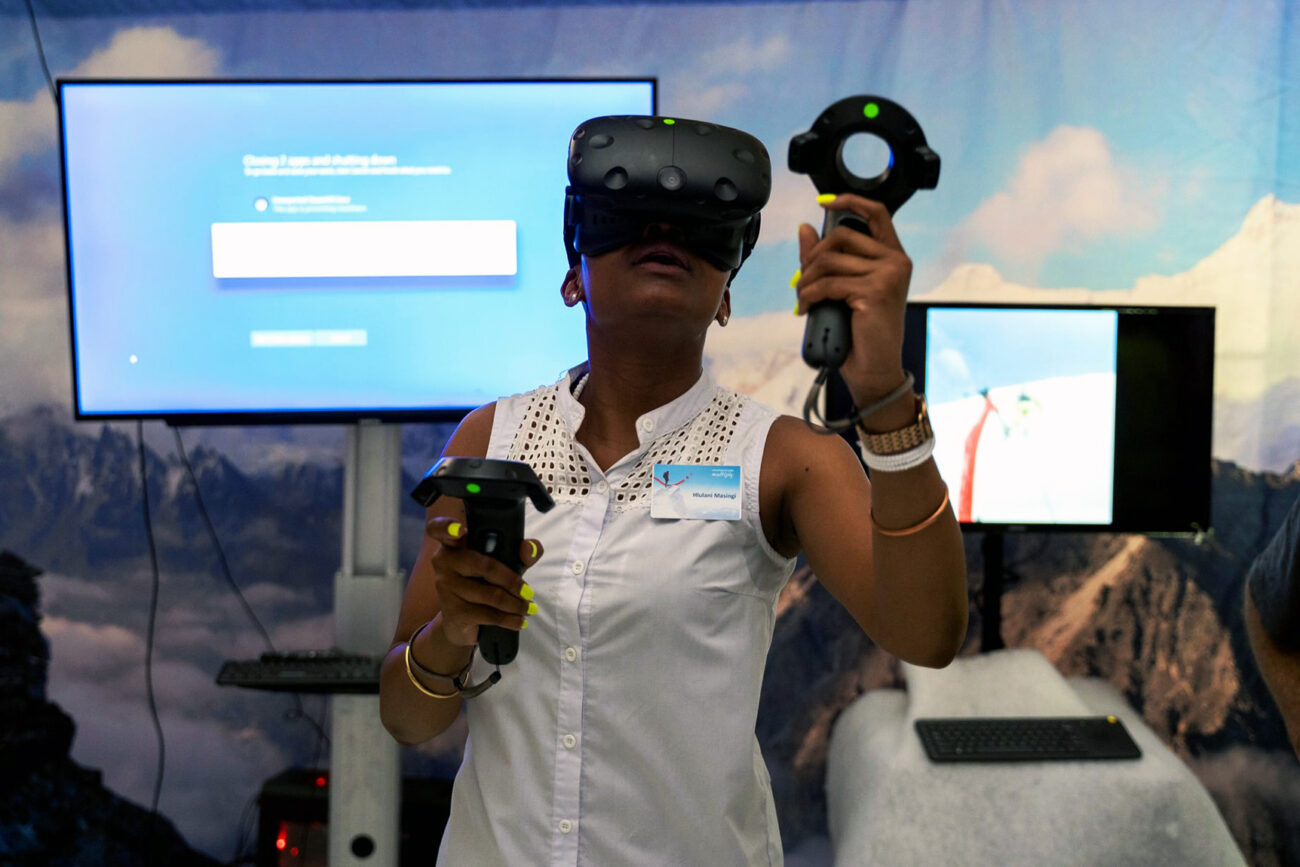 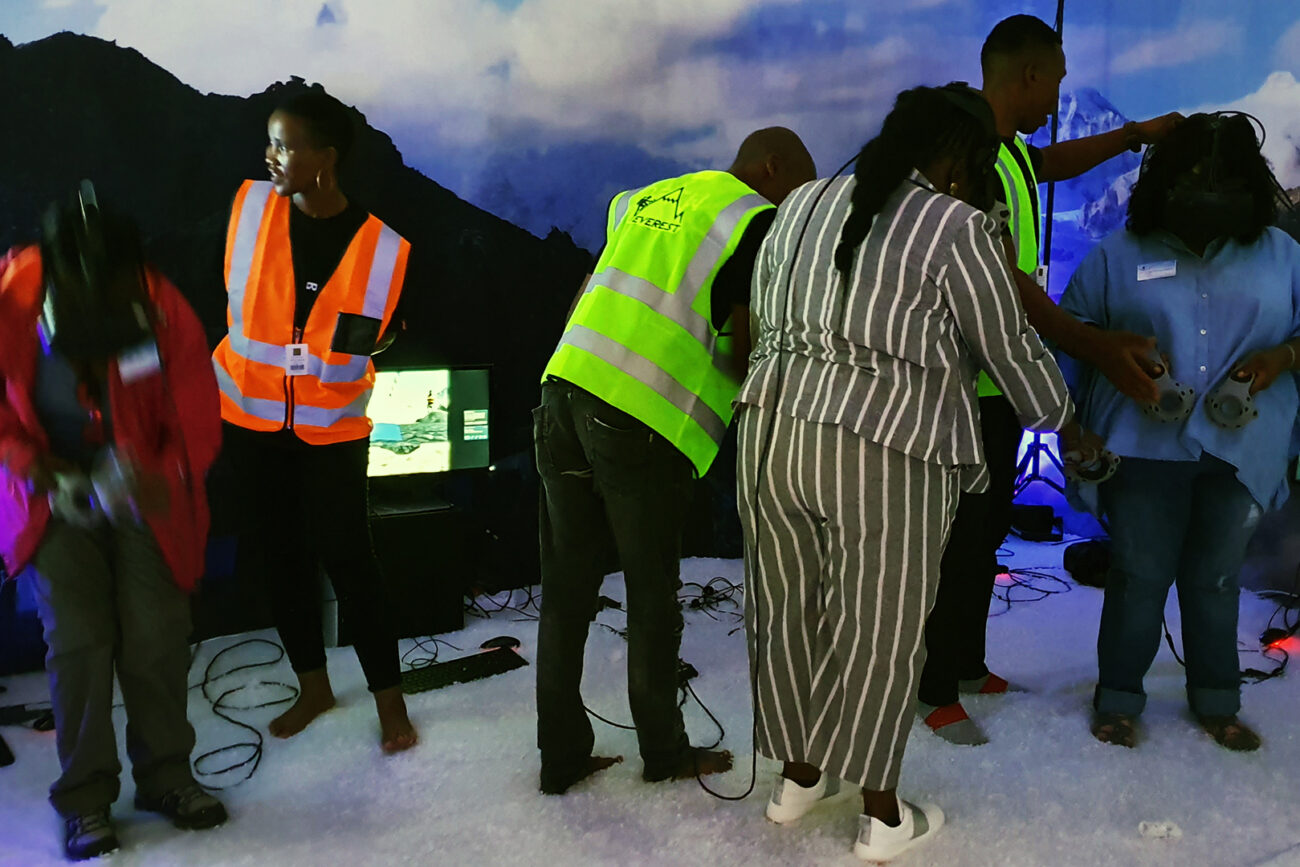 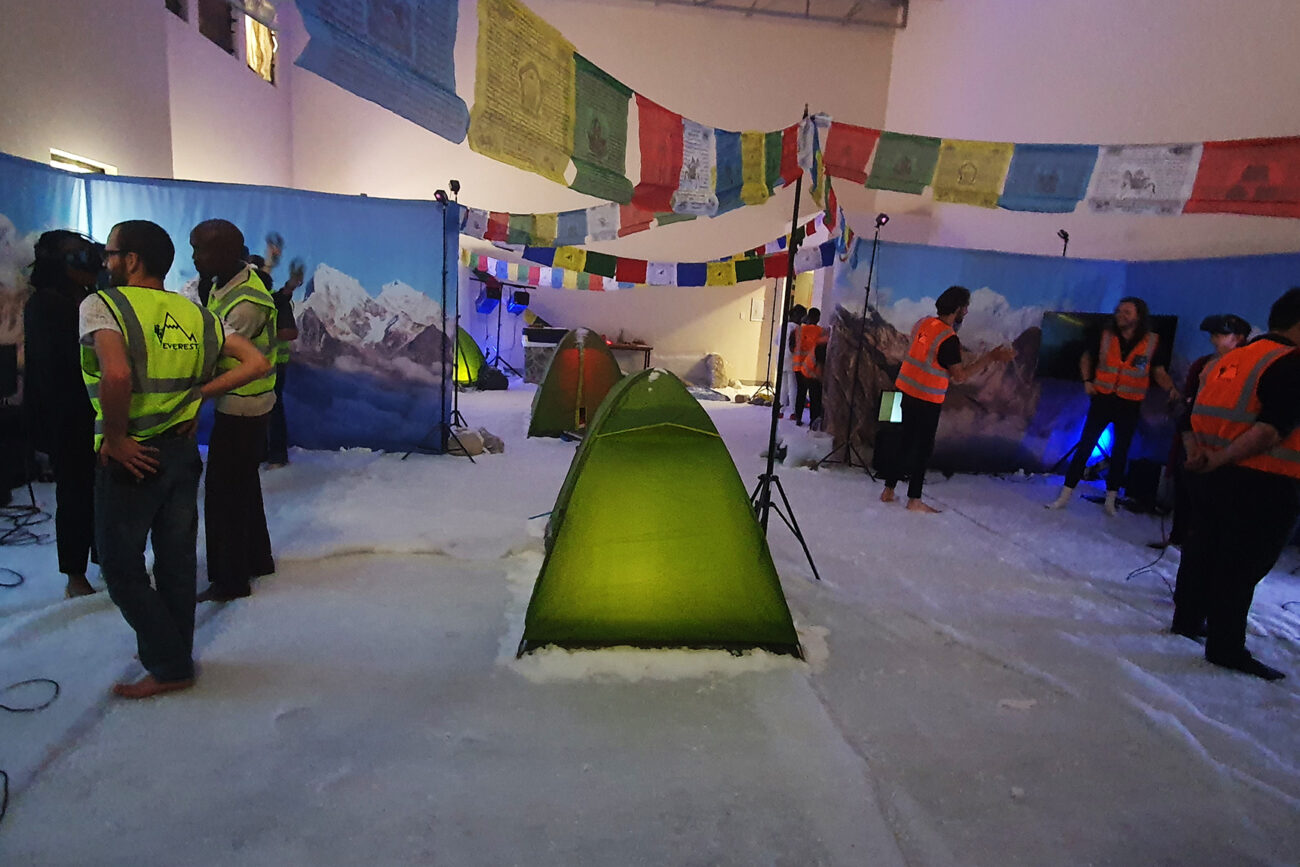 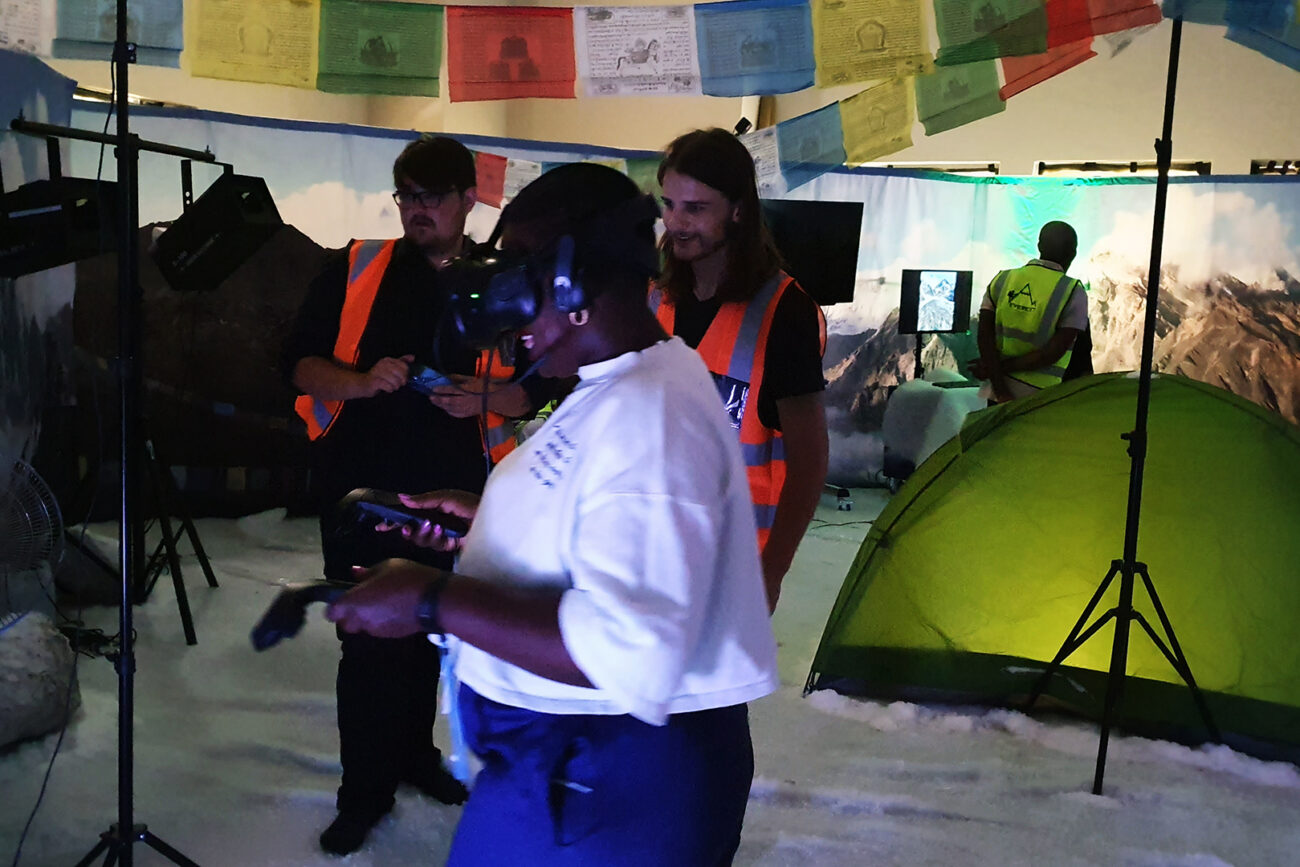 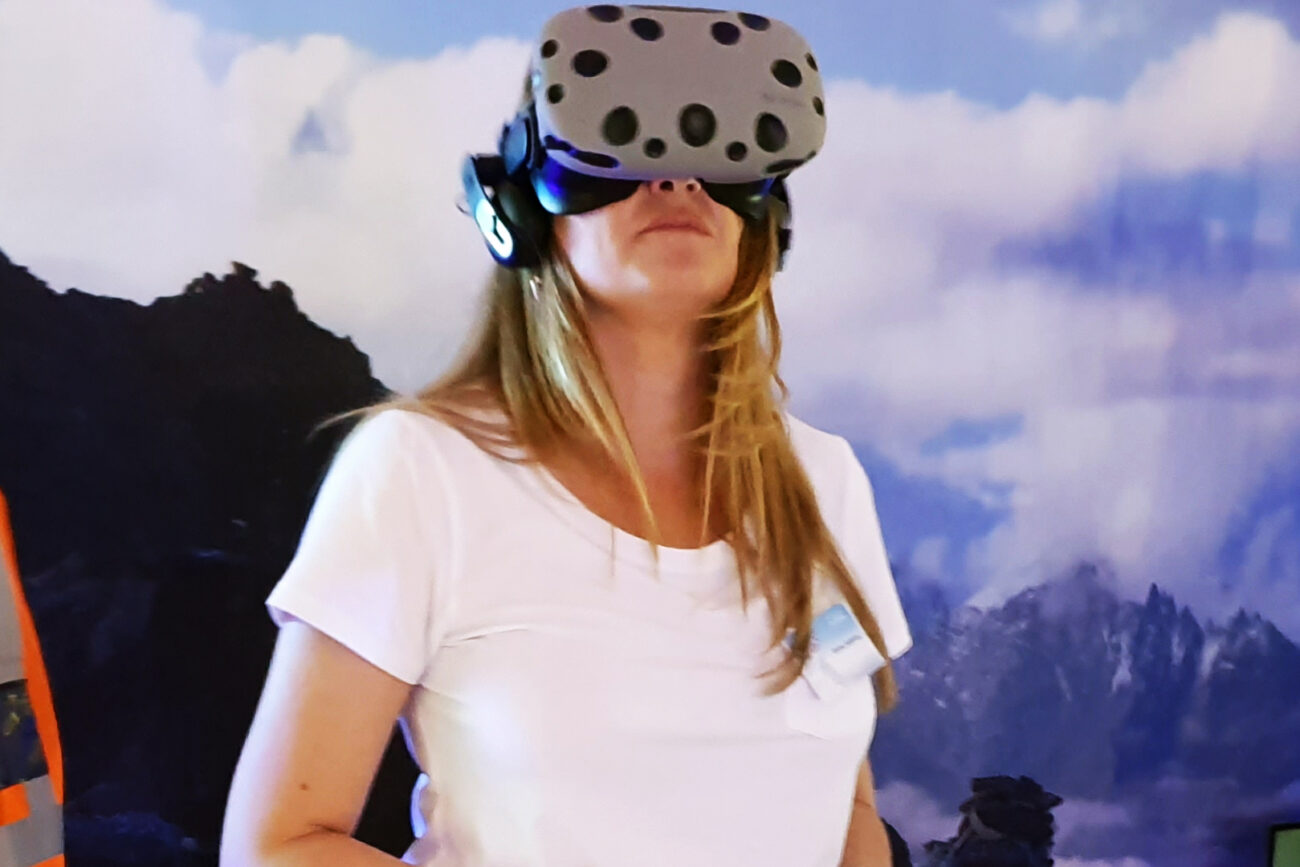 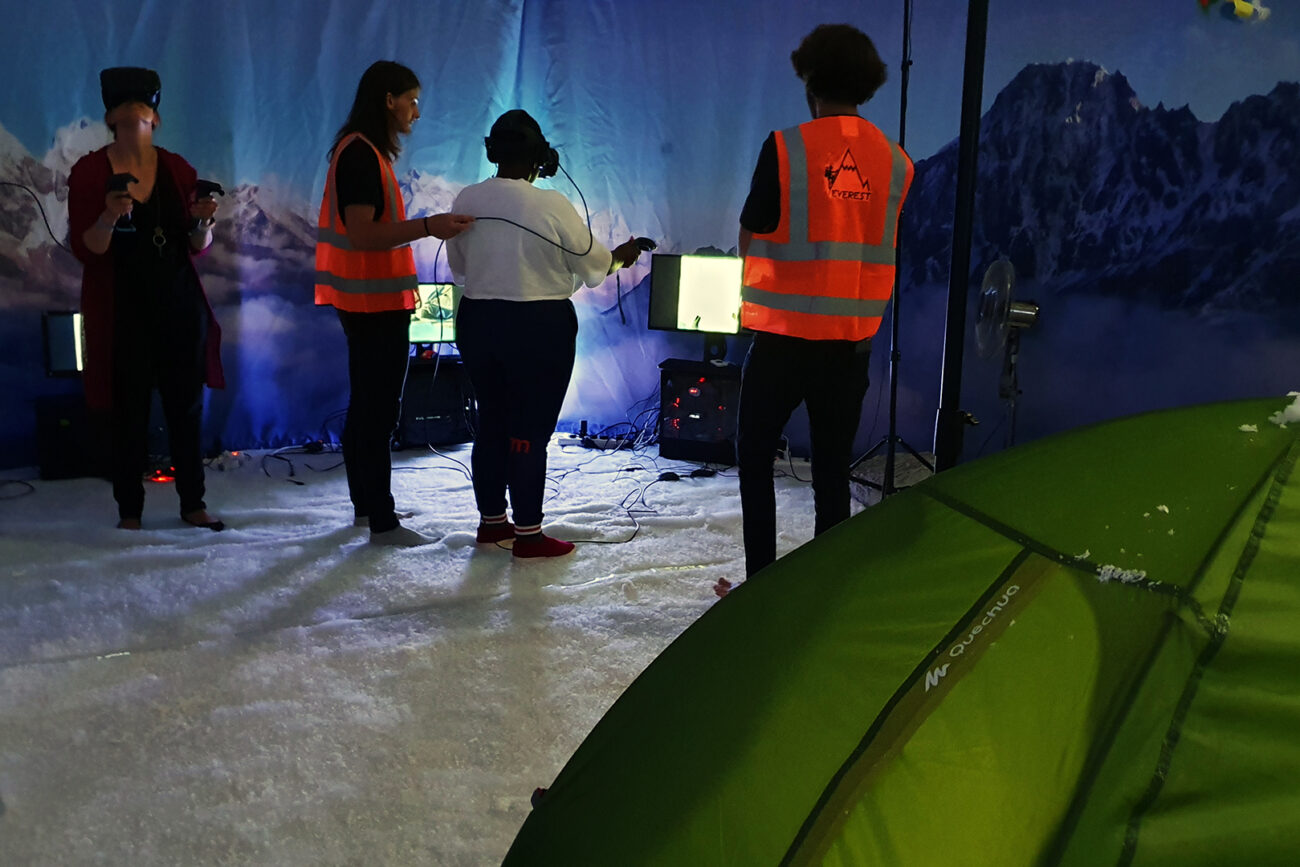 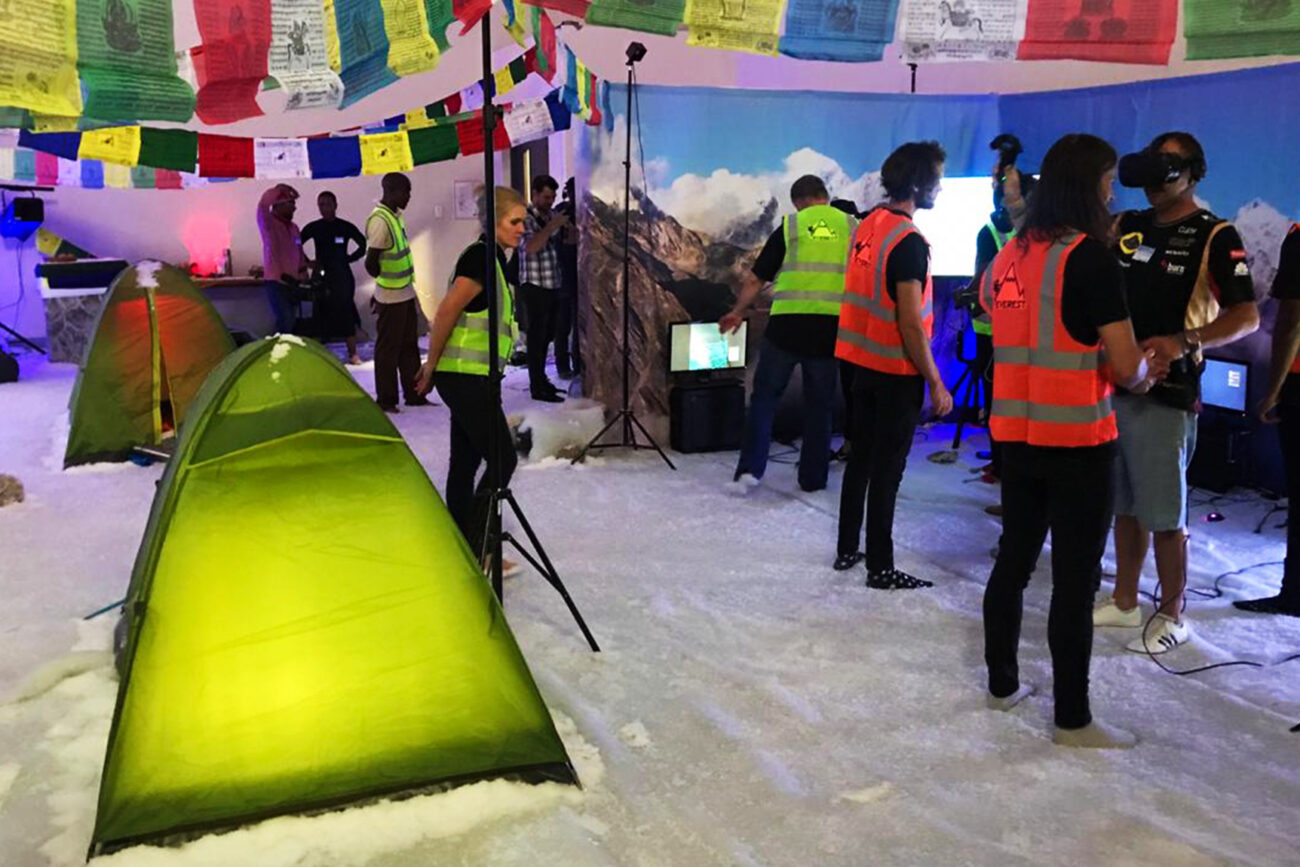 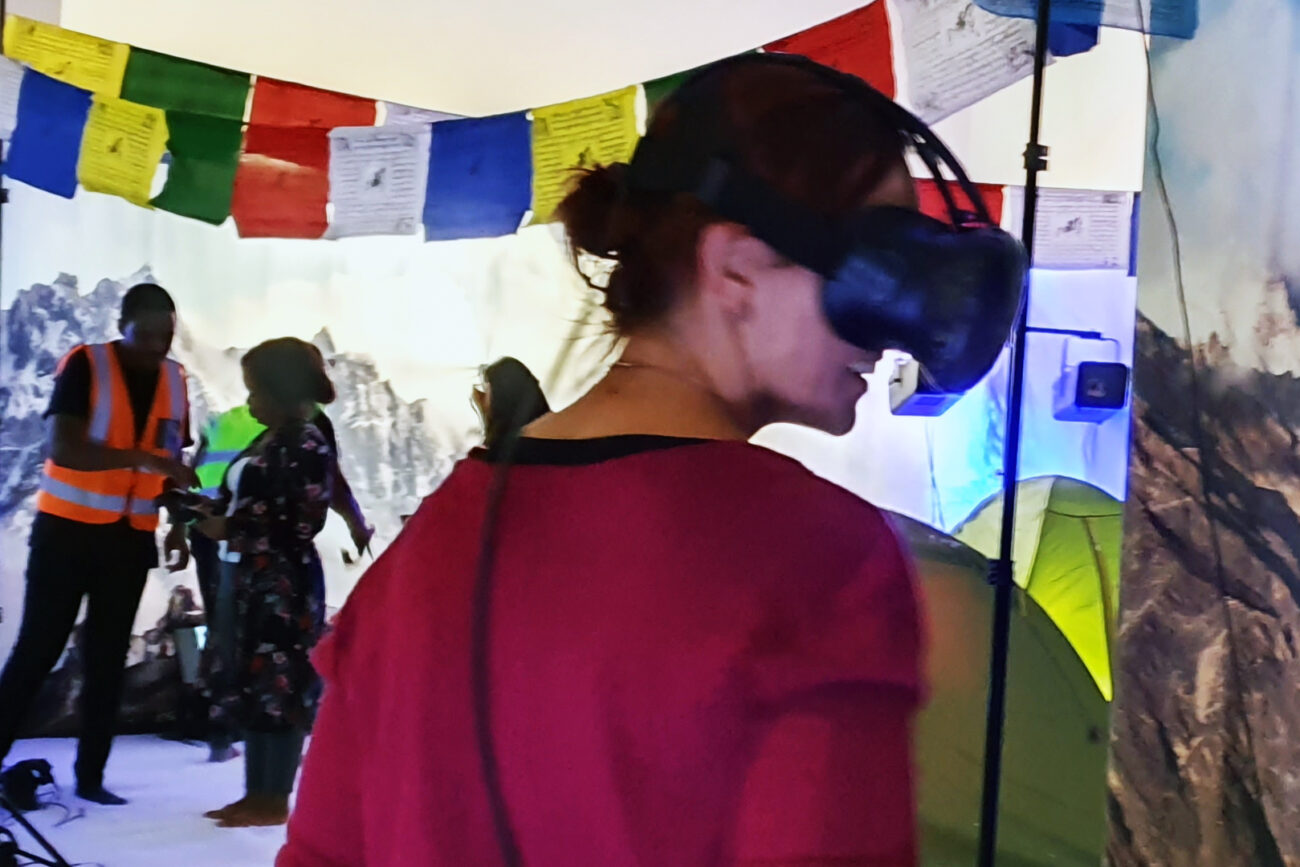 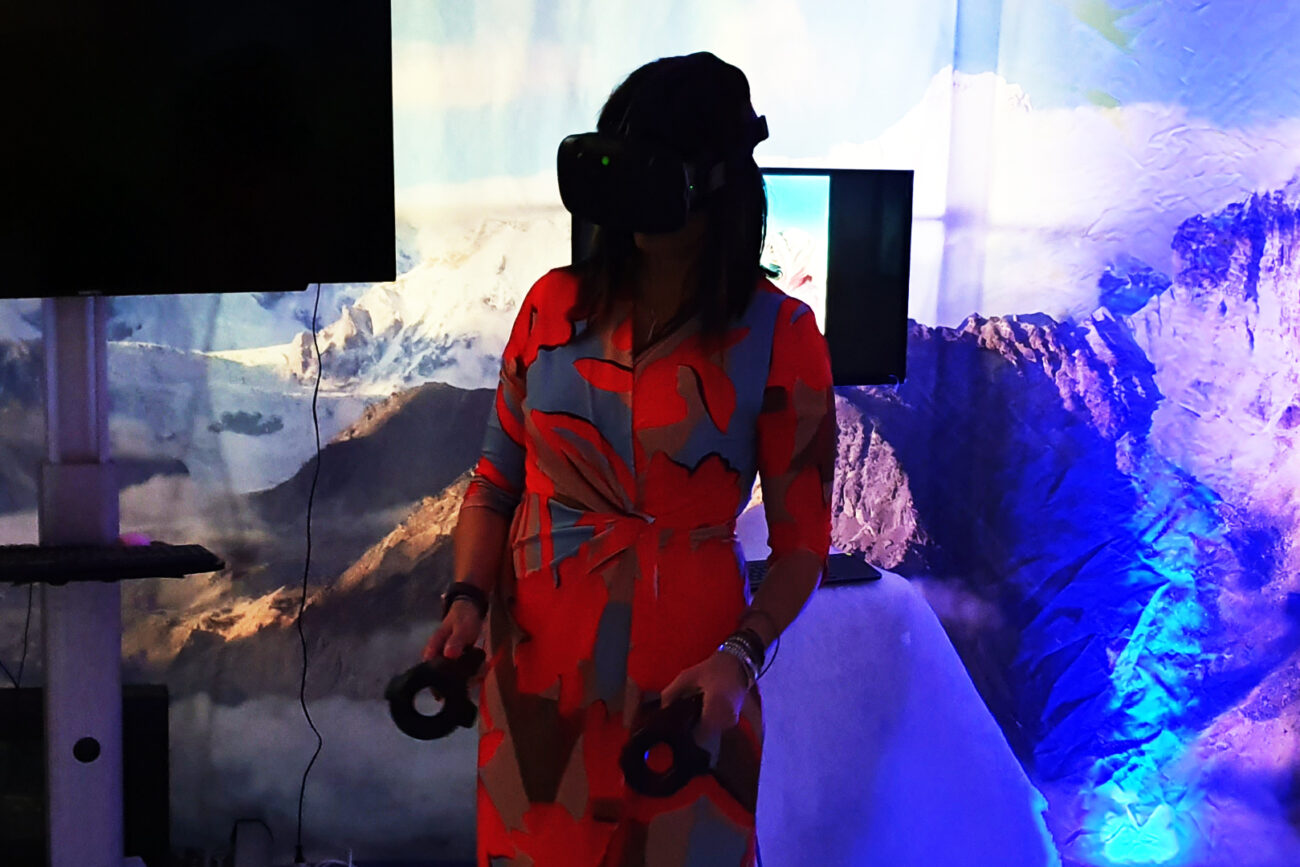 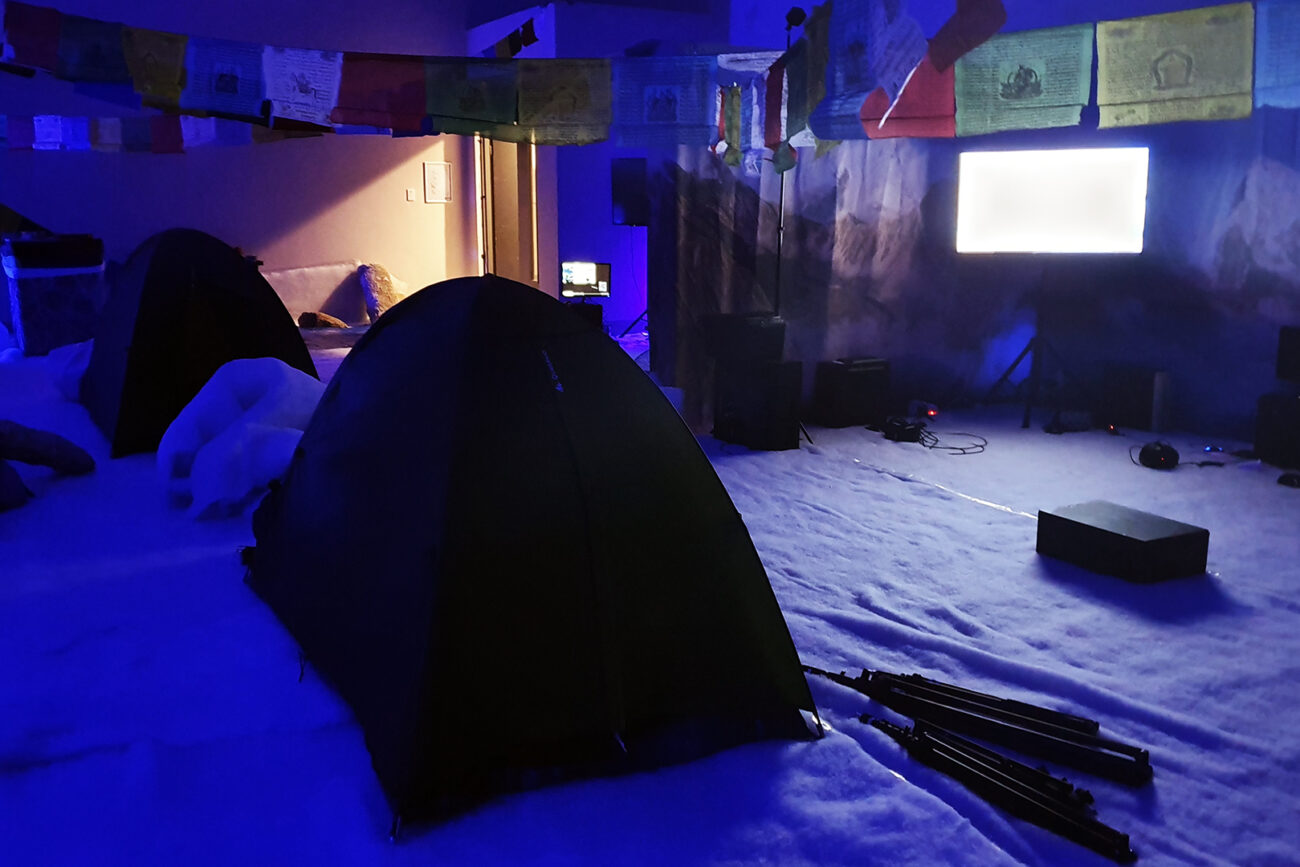 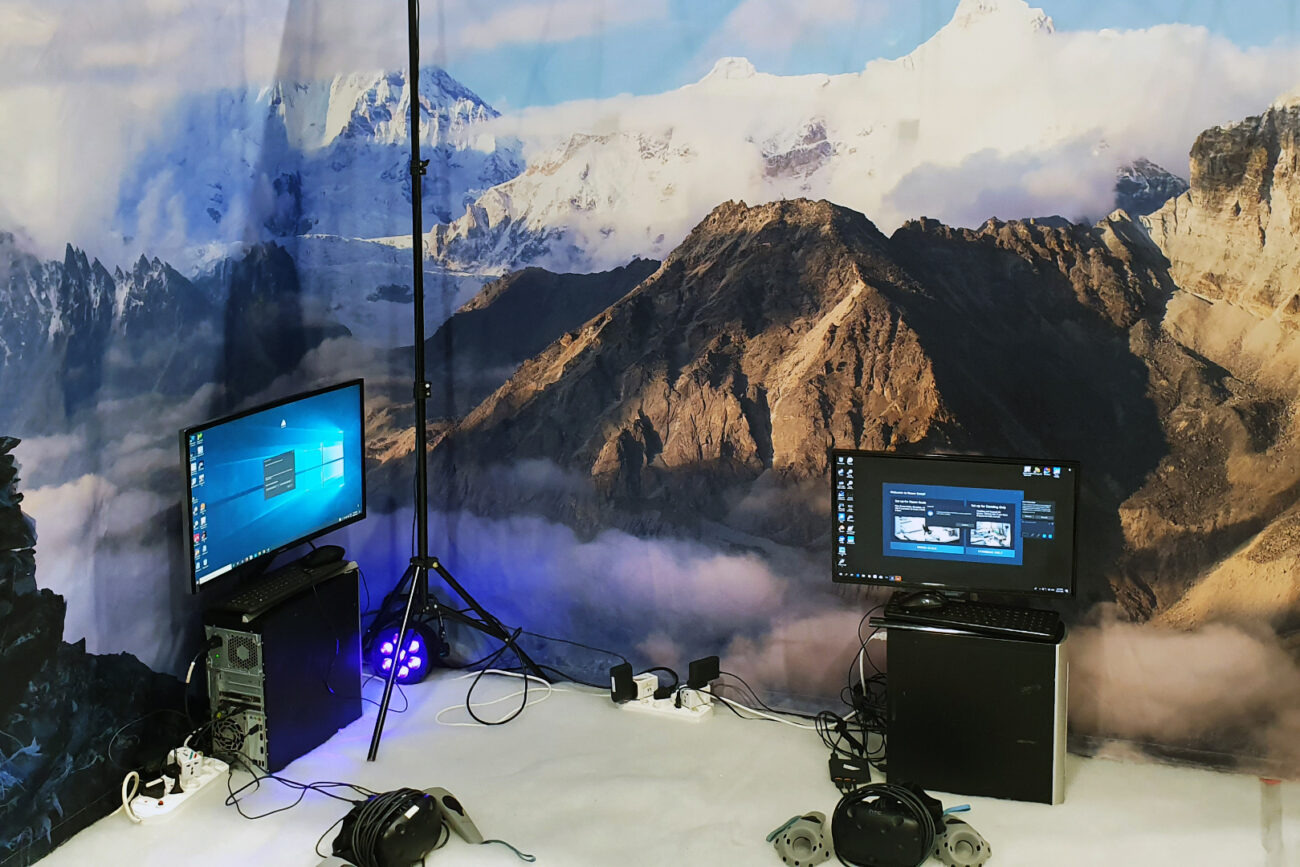 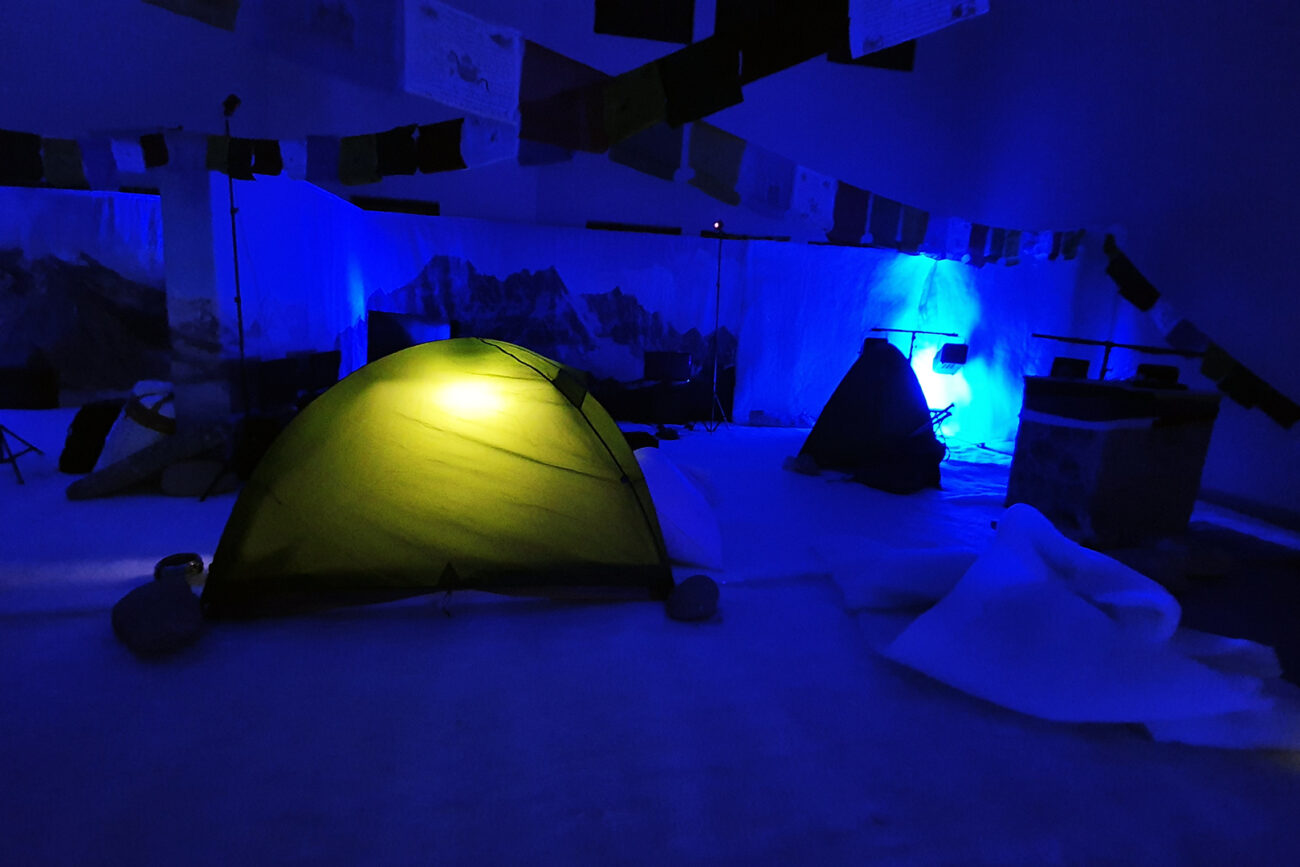 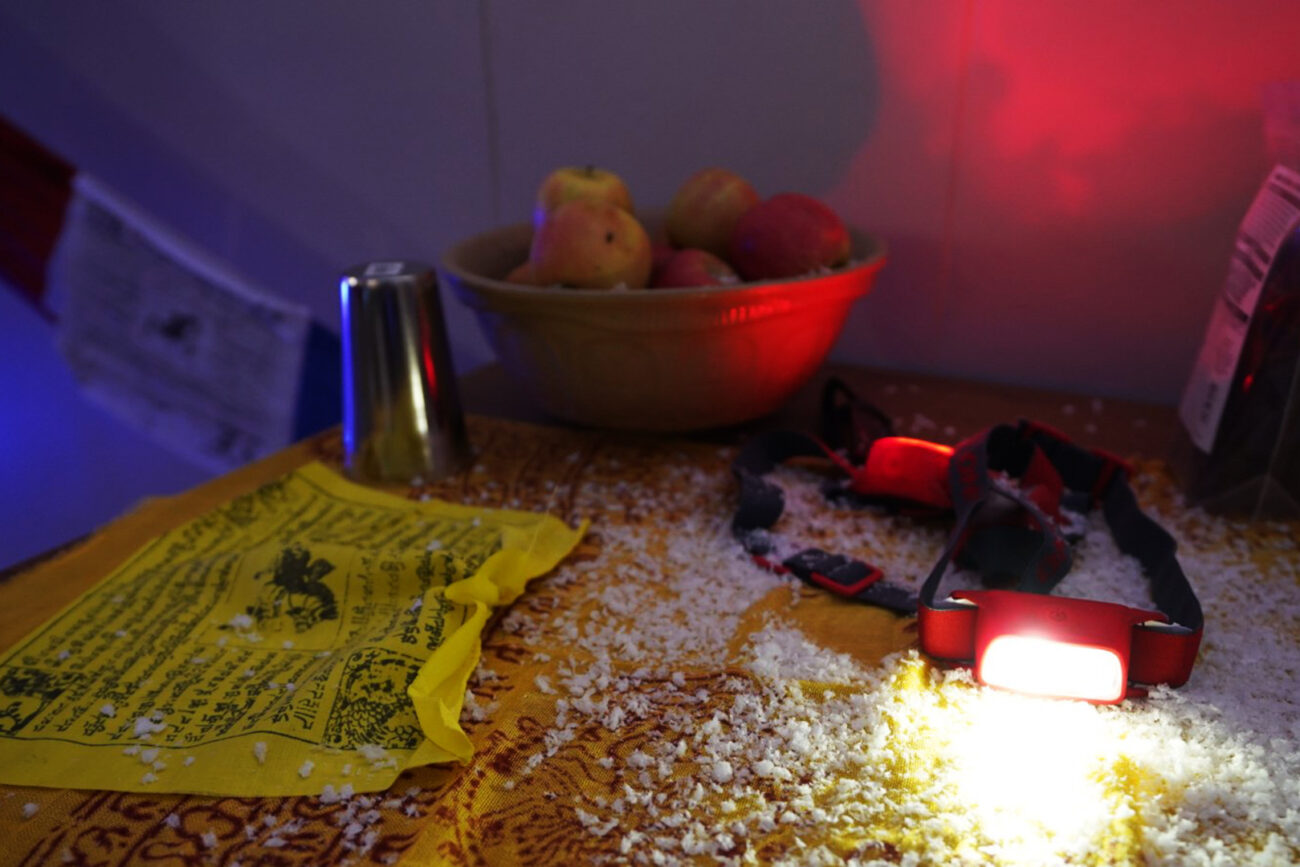 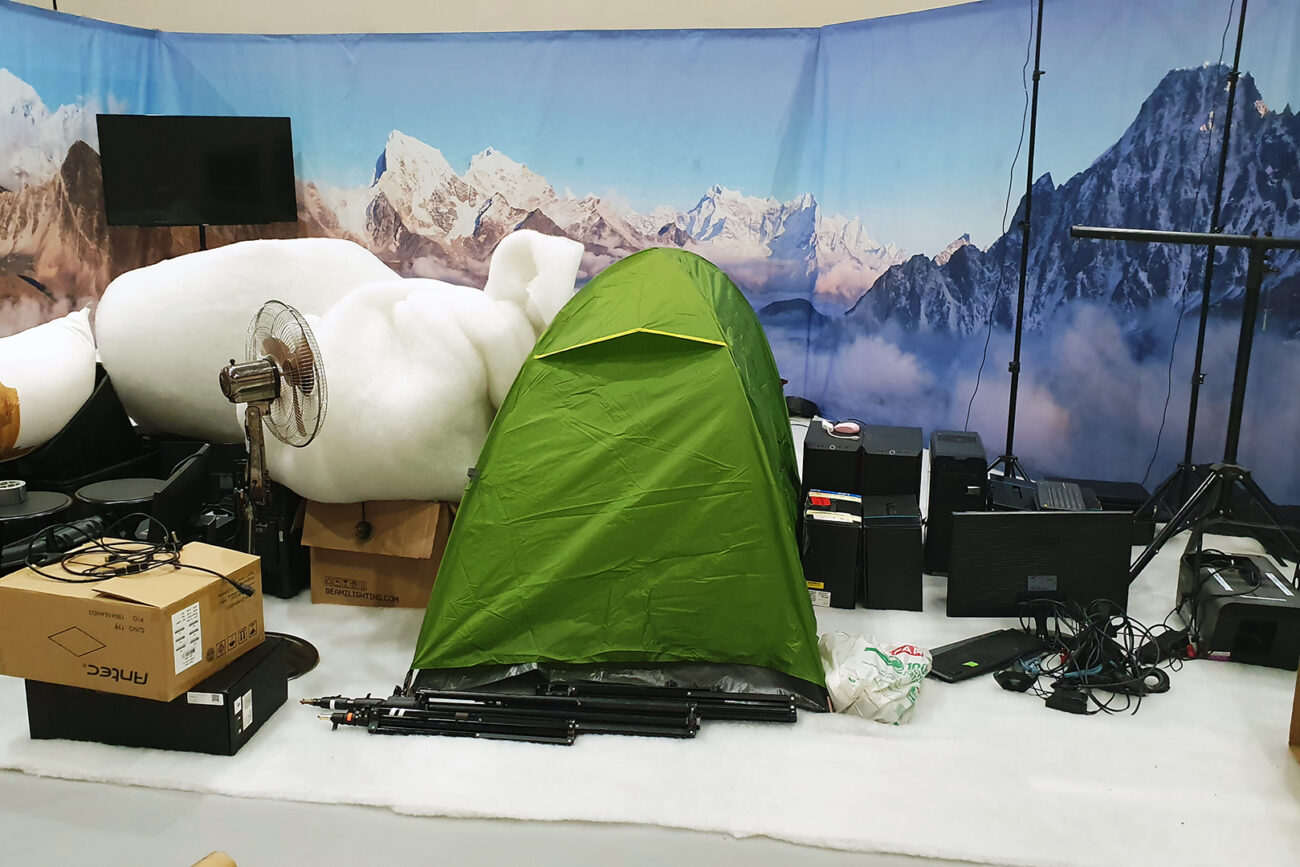 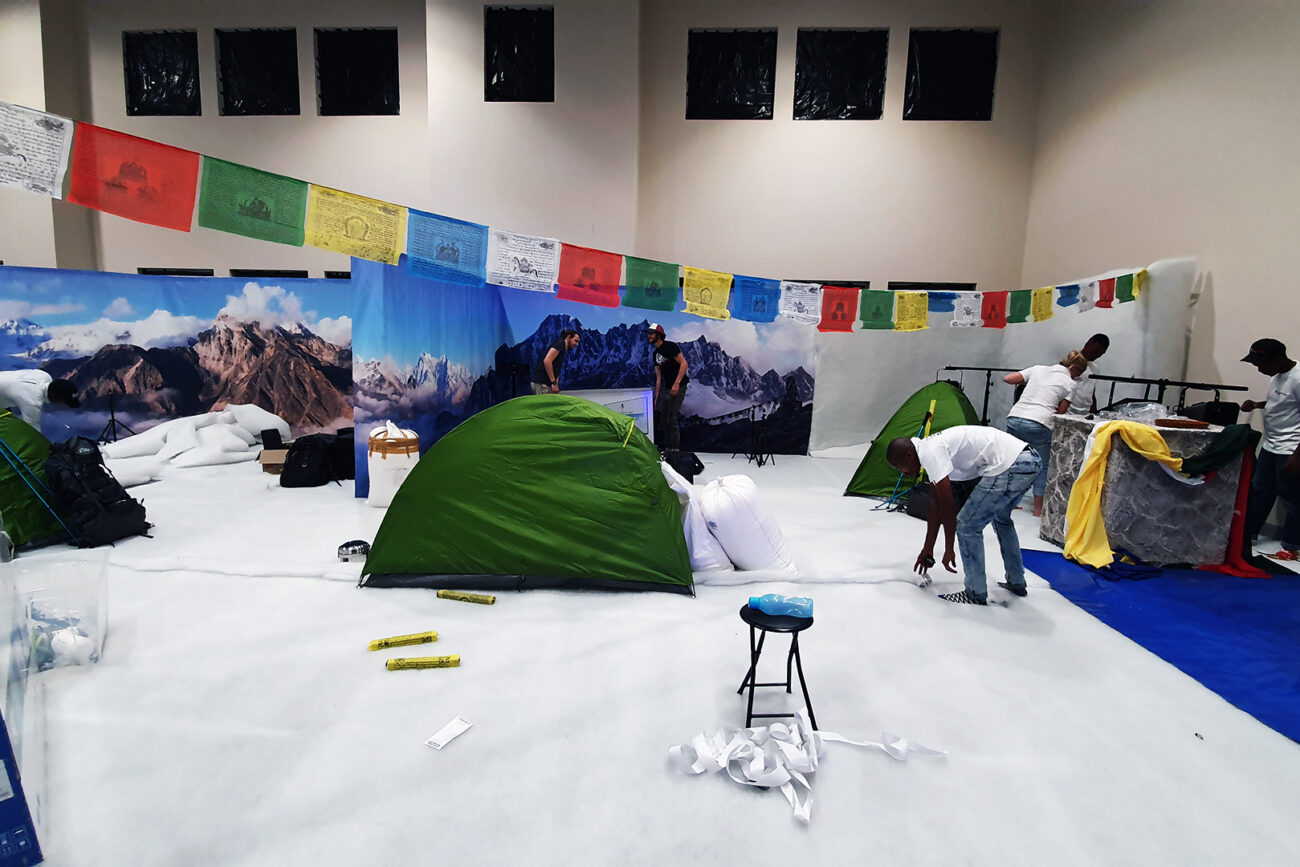