Short description of the Dube TradePort

Dube TradePort Corporation, a business entity of the KwaZulu-Natal Provincial Government, is charged with the responsibility to develop the province’s biggest infrastructural project. Considered one of South Africa’s top 10 investment opportunities, this designated Special Economic Zone (SEZ) is geared to promote foreign and local investment.

The precinct is strategically located 30km north of the important coastal city of Durban, in KwaZulu-Natal, on South Africa’s eastern seaboard. This over 3 000 hectare development is home to the state-of-the-art King Shaka International Airport and is ideally positioned 30 minutes from Africa’s busiest cargo port, Durban Harbour, and 90 minutes from Richards Bay Harbour. Dube TradePort takes advantage of its prime location as the only facility in Africa combining an international airport, dedicated cargo terminal, warehousing, offices, retail, hotels and agriculture.

The Dube TradePort for the purpose of the Augmented Reality application was divided into the following segments:

The first phase of development encompasses an area of 12 hectares (29 acres), increasing to 24 hectares (59 acres) upon completion of the second phase. The development comprises 10 blocks, consisting of 45 individual stands, all of which are level, fully-serviced and competitively priced. The sites are available on long-term leases of 49 years, with an option to renew (depending on the nature of proposed developments). 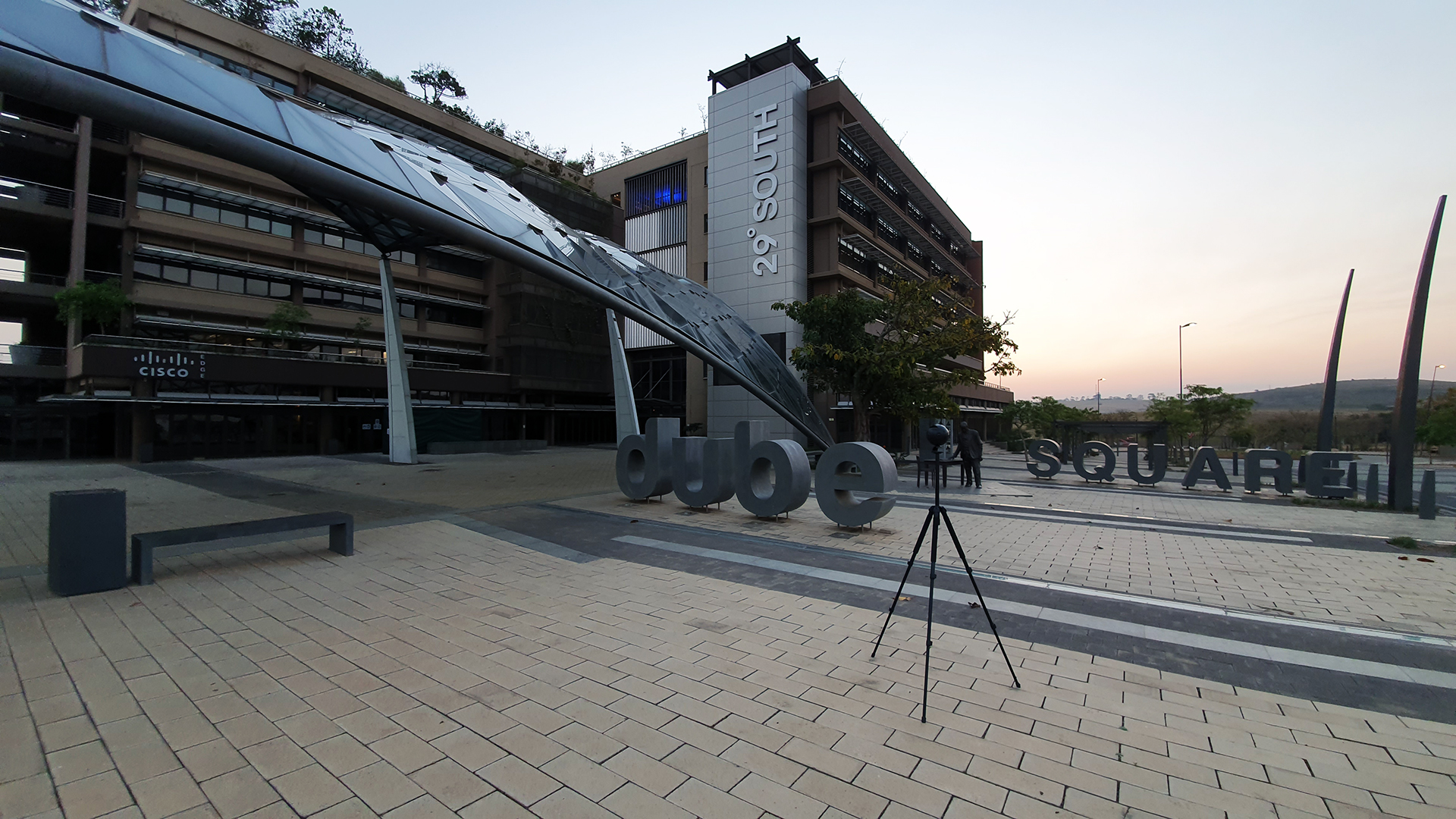 Outside Dube City – Taking a 360° Image for Google Street View – The Augmented Reality application featured a Virtual Tour of the outside of Dube City. 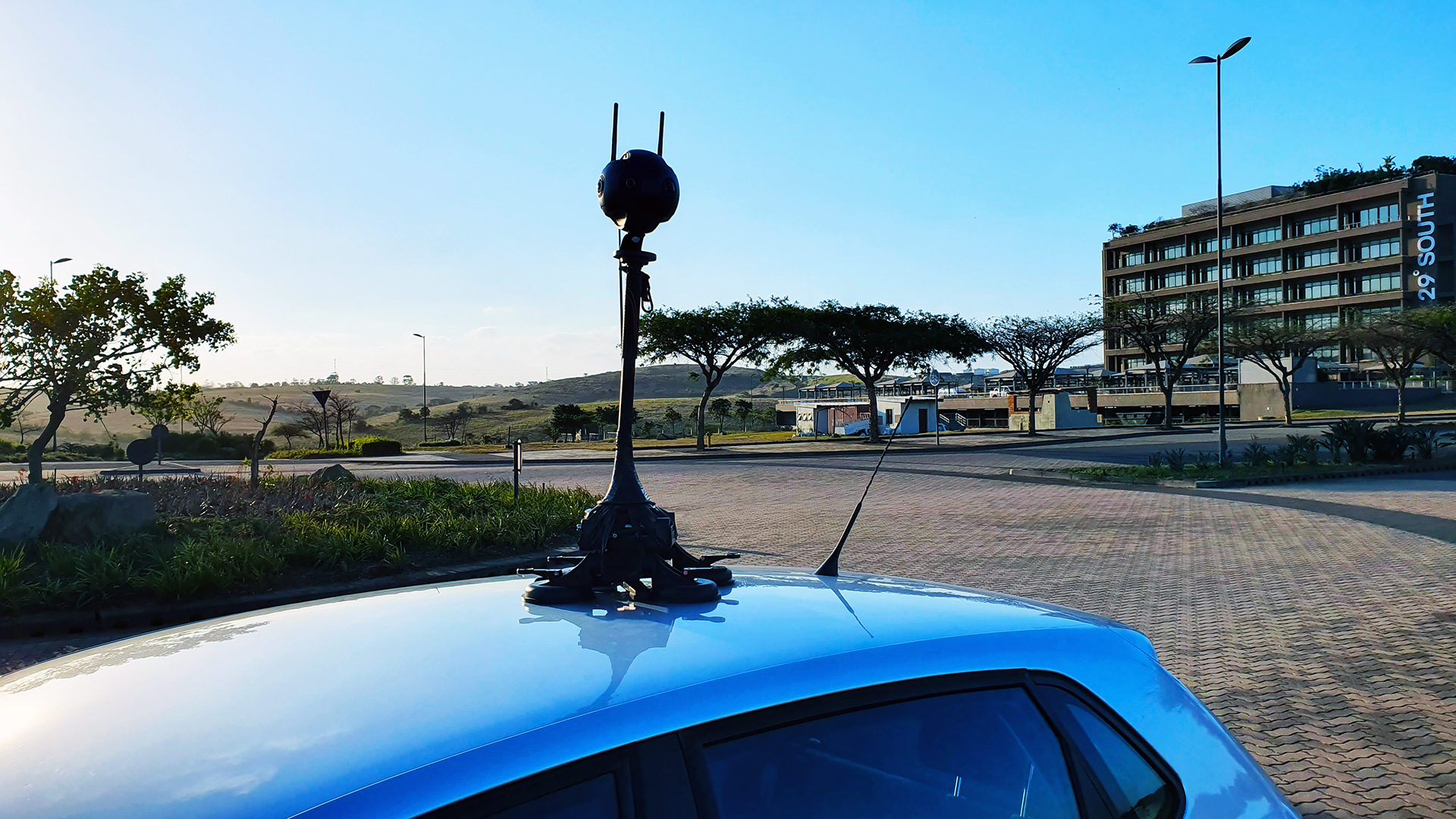 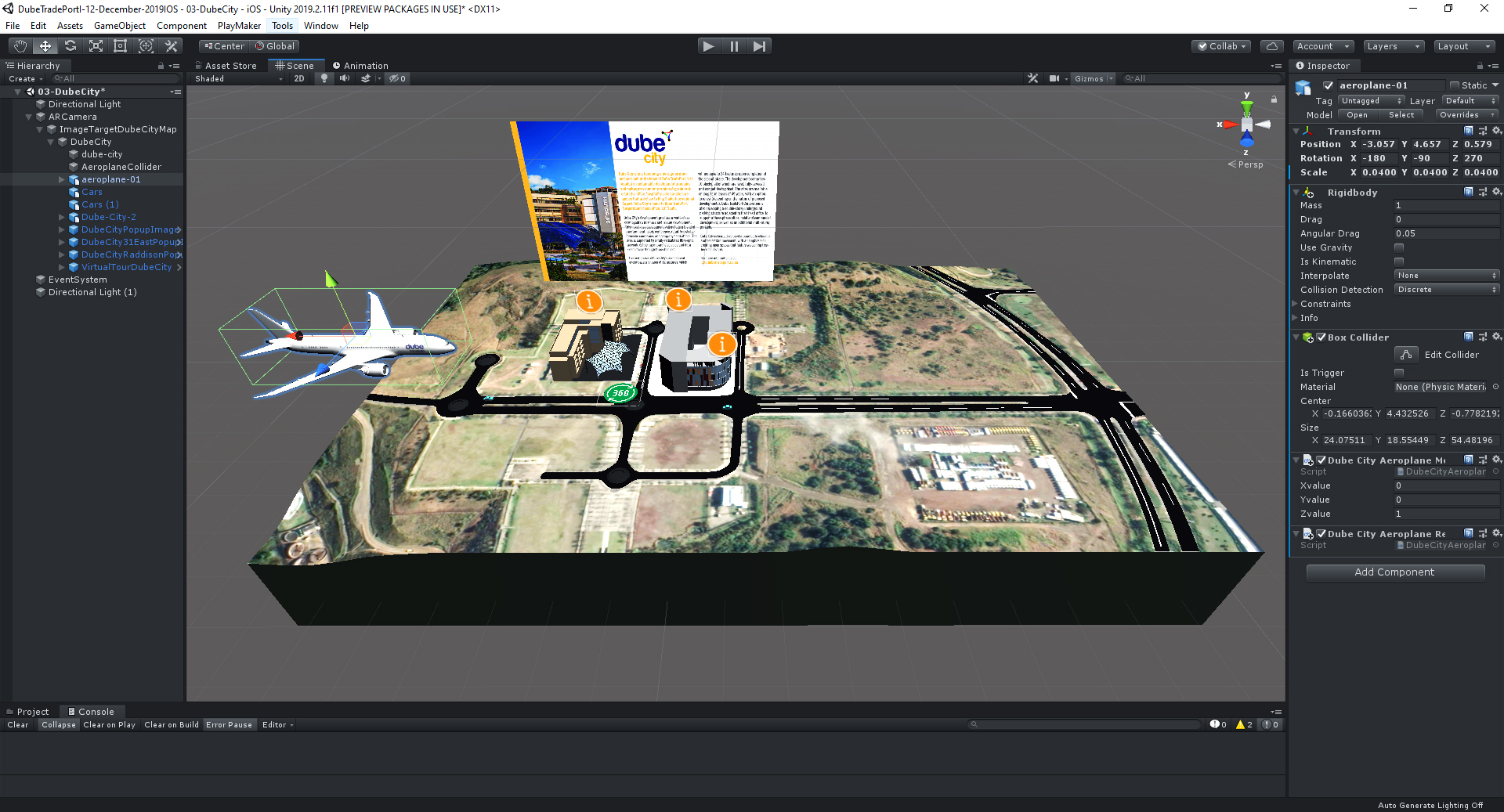 We developed the Augmented Reality Application in Unity from scratch. This included creating low polygon 3D Models of the main areas of Dube City. Including description tabs, road network, cars and aeroplanes flying towards King Shaka International Airport. If you hovered over the icons additional information popped up as well as a link to a 360° virtual tour of Dube City.

Dube TradeZone is a specialist freight-orientated export environment and multi-modal logistics platform which is destined to become home to trade and logistics warehousing, cargo and other airport-related light industrial activities and geared to attract, especially, manufacturing and service-based enterprises requiring rapid access to air cargo and passenger services. 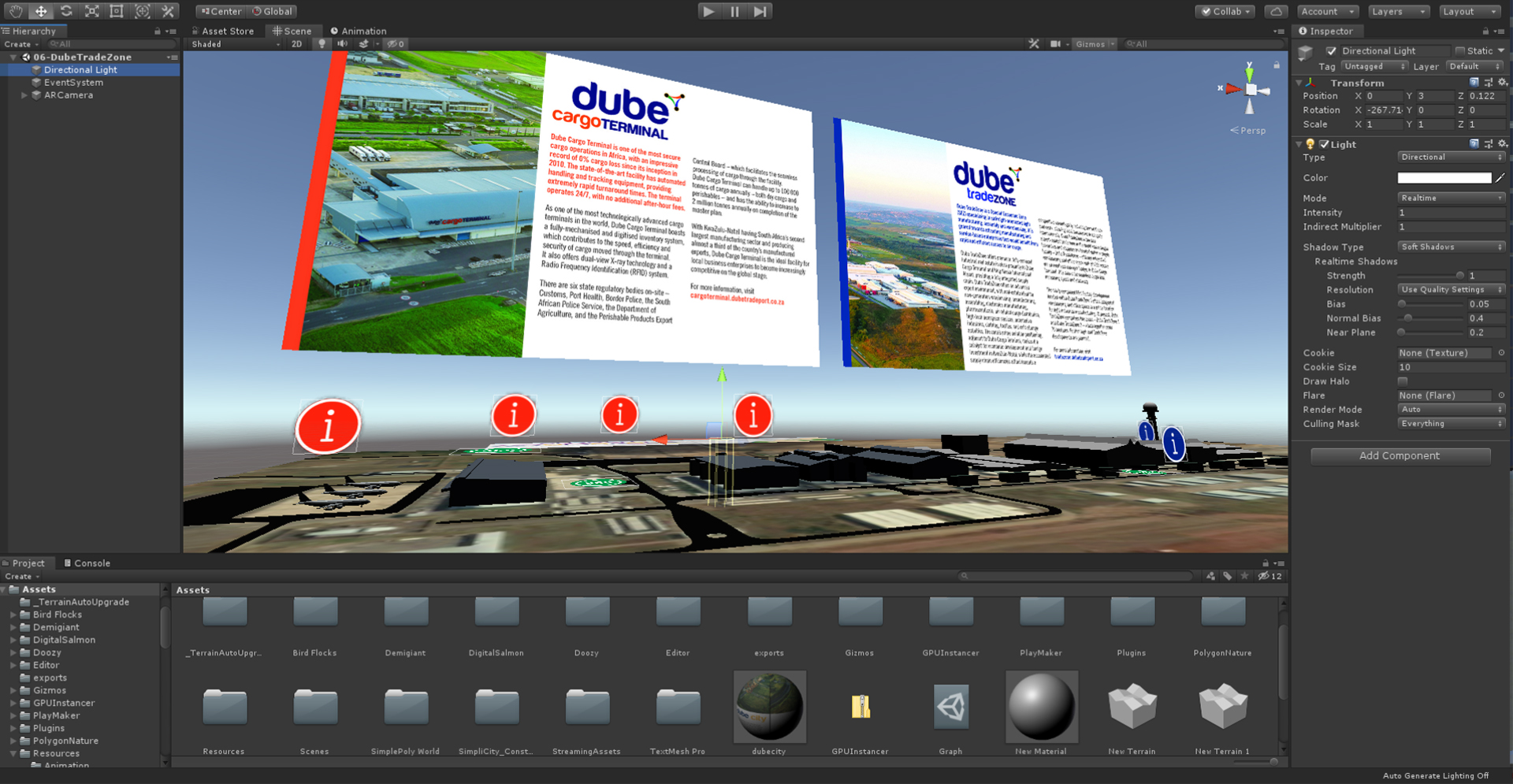 We 3D Scanned parts of the King Shaka International Airport as part of the Durban Aerotropolis Augmented Reality Application. 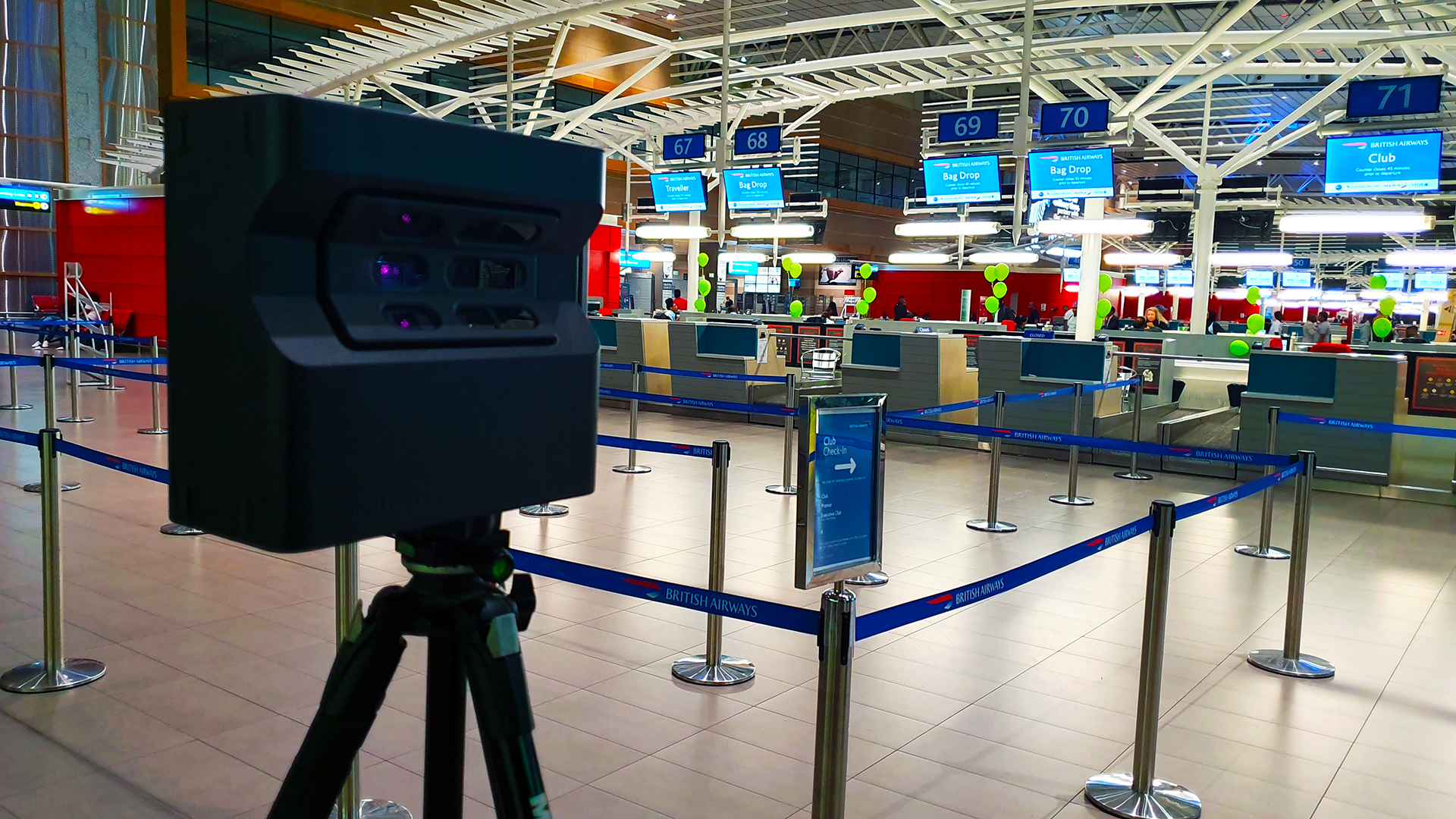 We created a 3D Virtual Tour of the King Shaka International Airport using one of our 3D Scanners. Businesses can benefit tremendously by having a virtual tour. 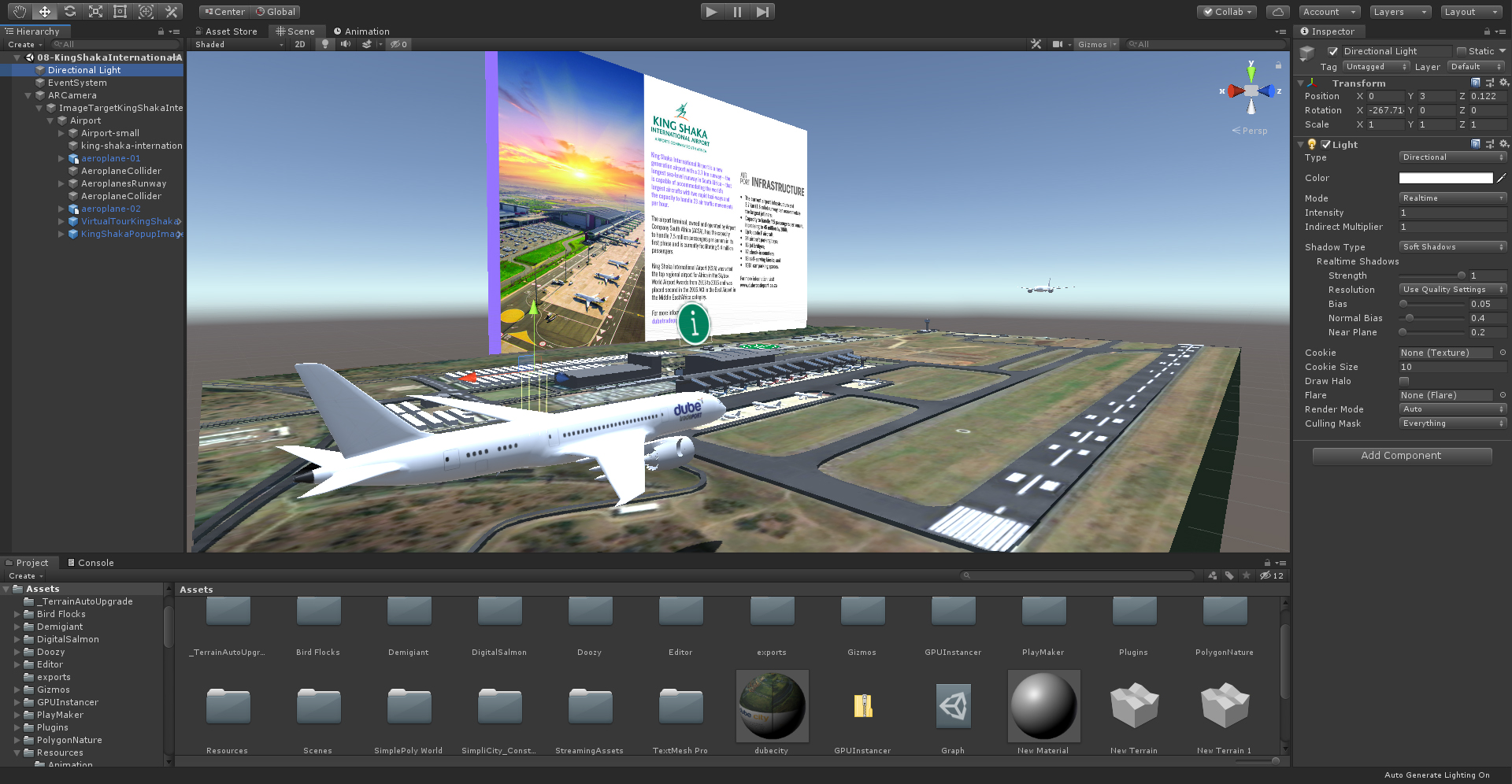 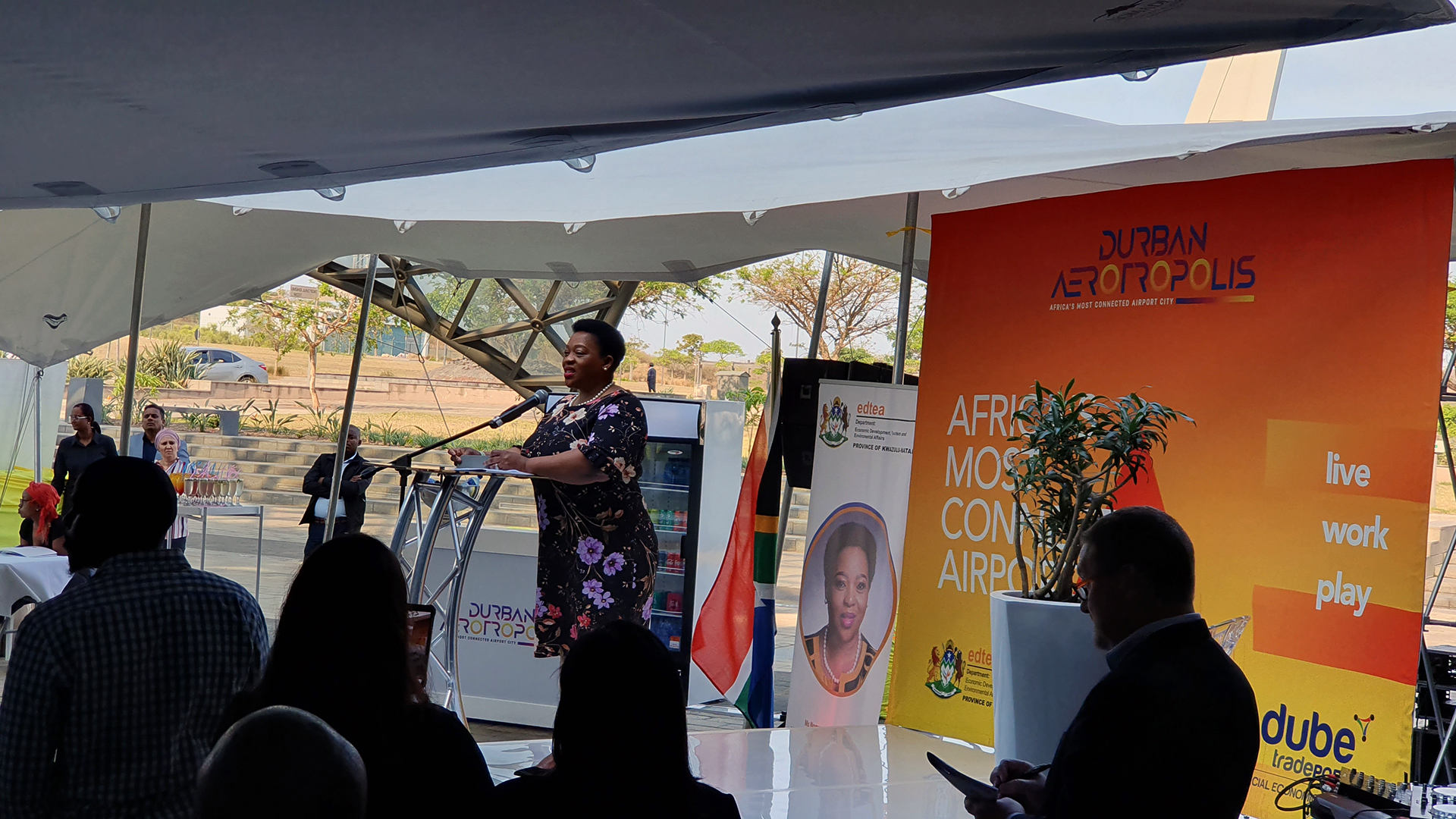 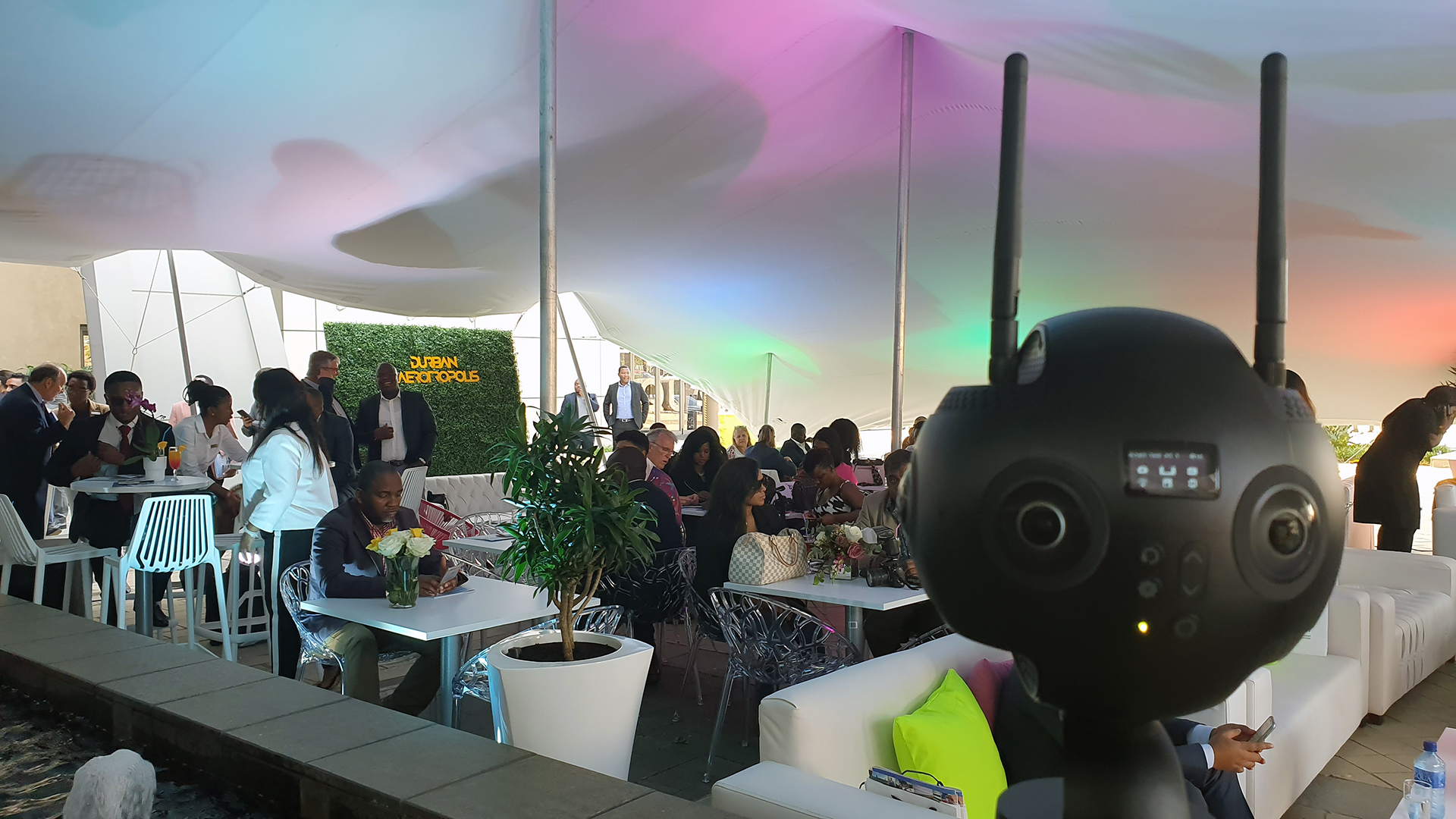 Photo of some of the people attending the event. We also took a short 360° video at the event. 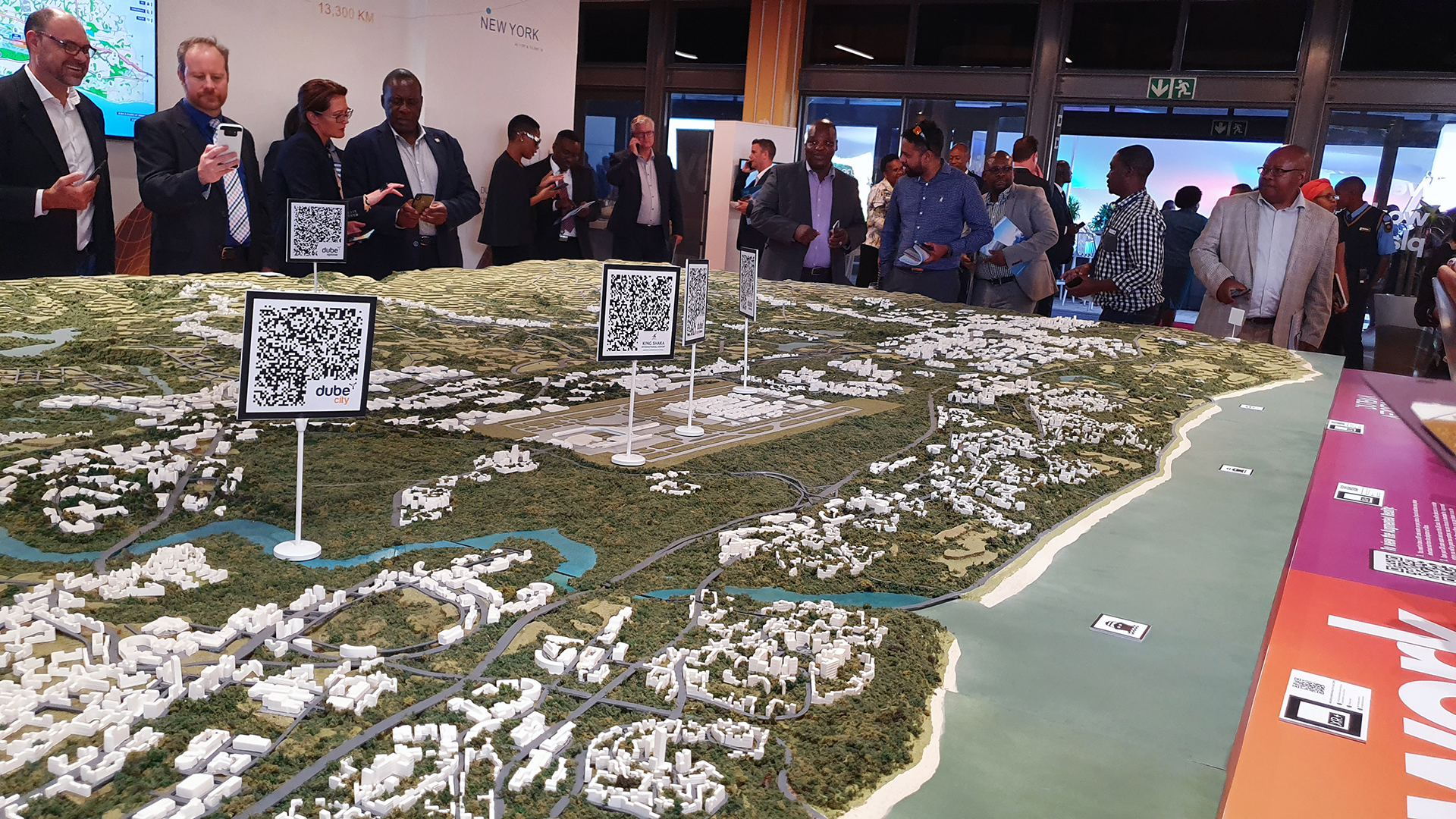 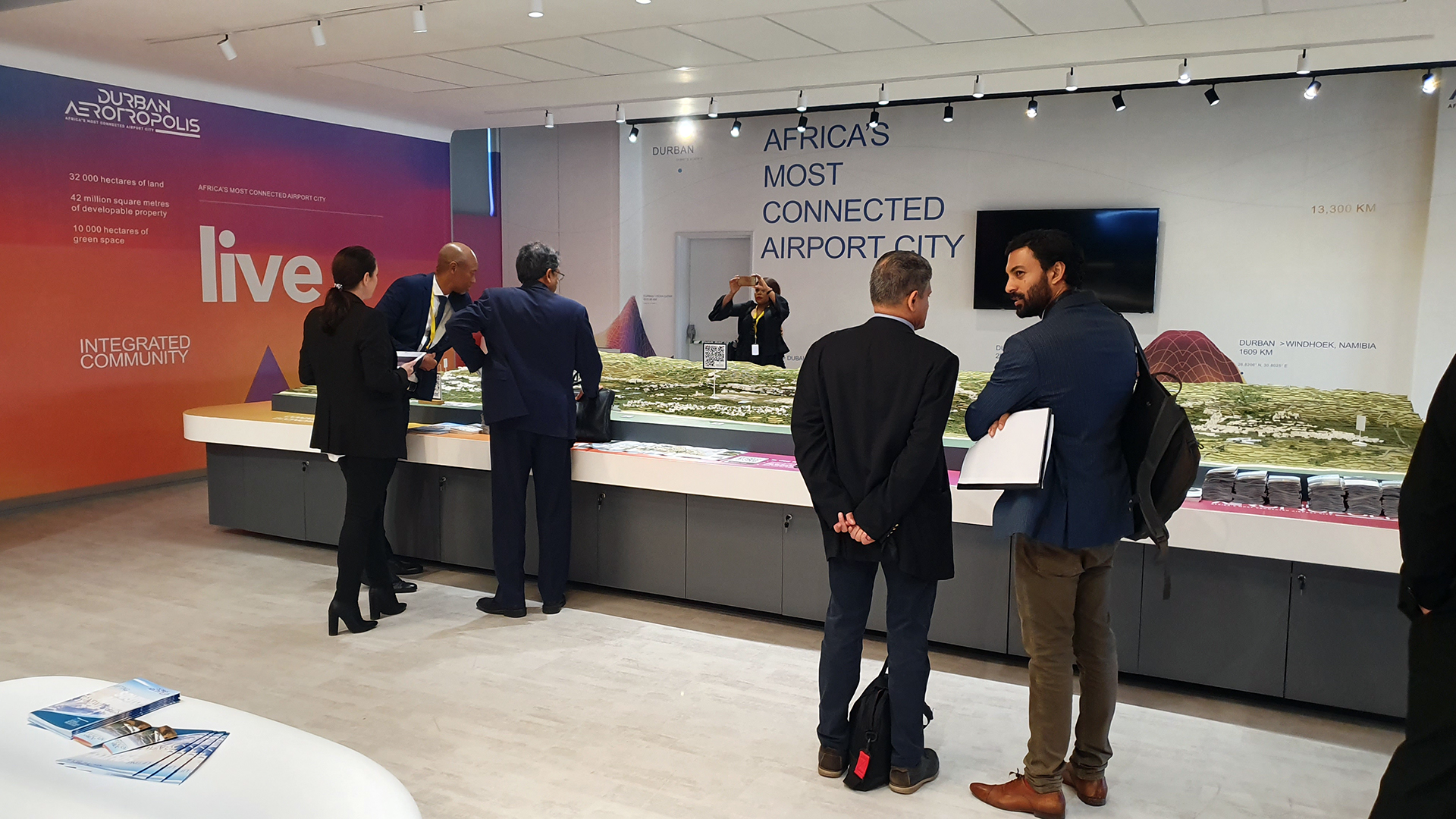 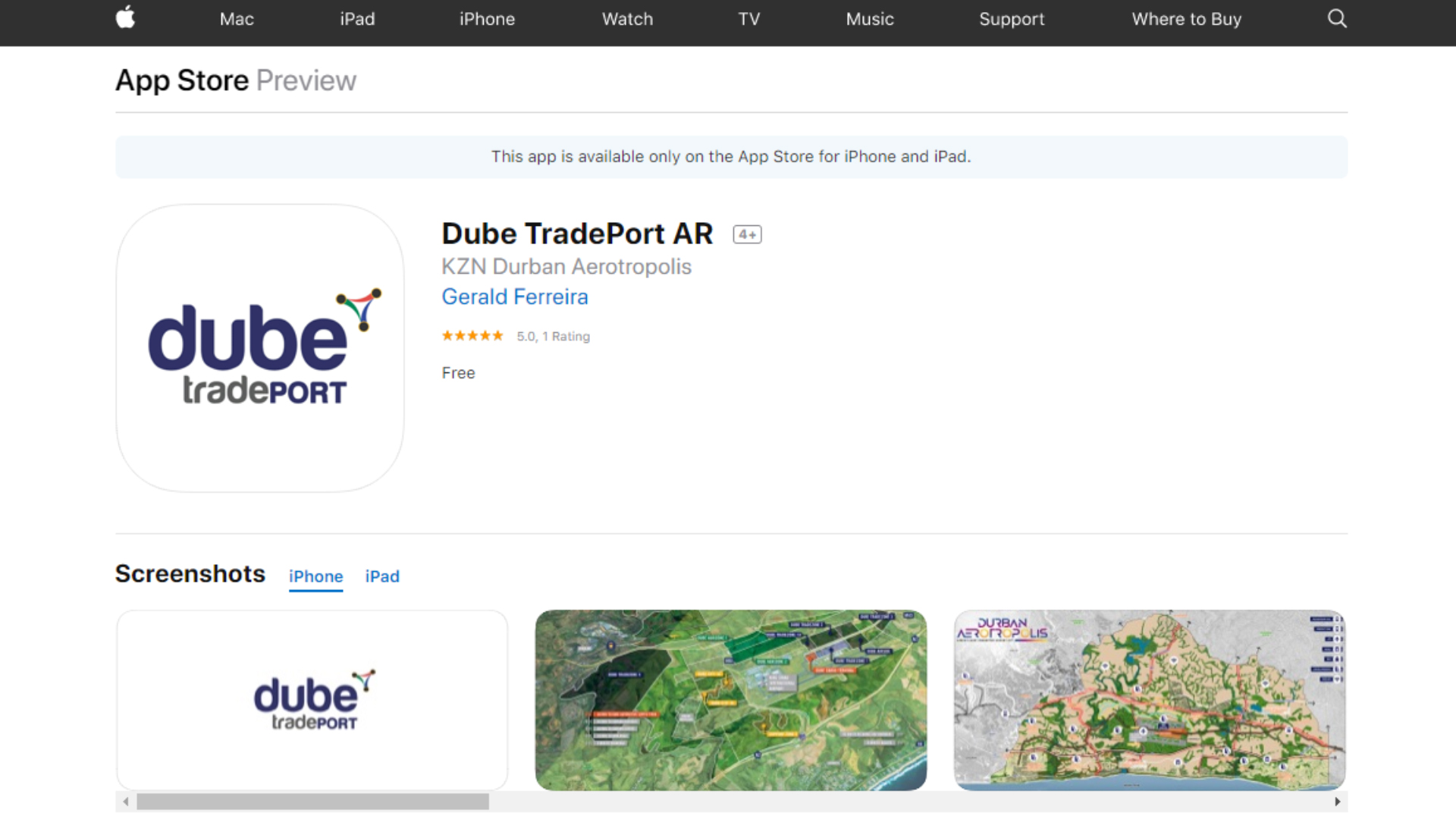 To download the Dube TradePort Augmented Reality application for Apple you can visit the Apple Store. 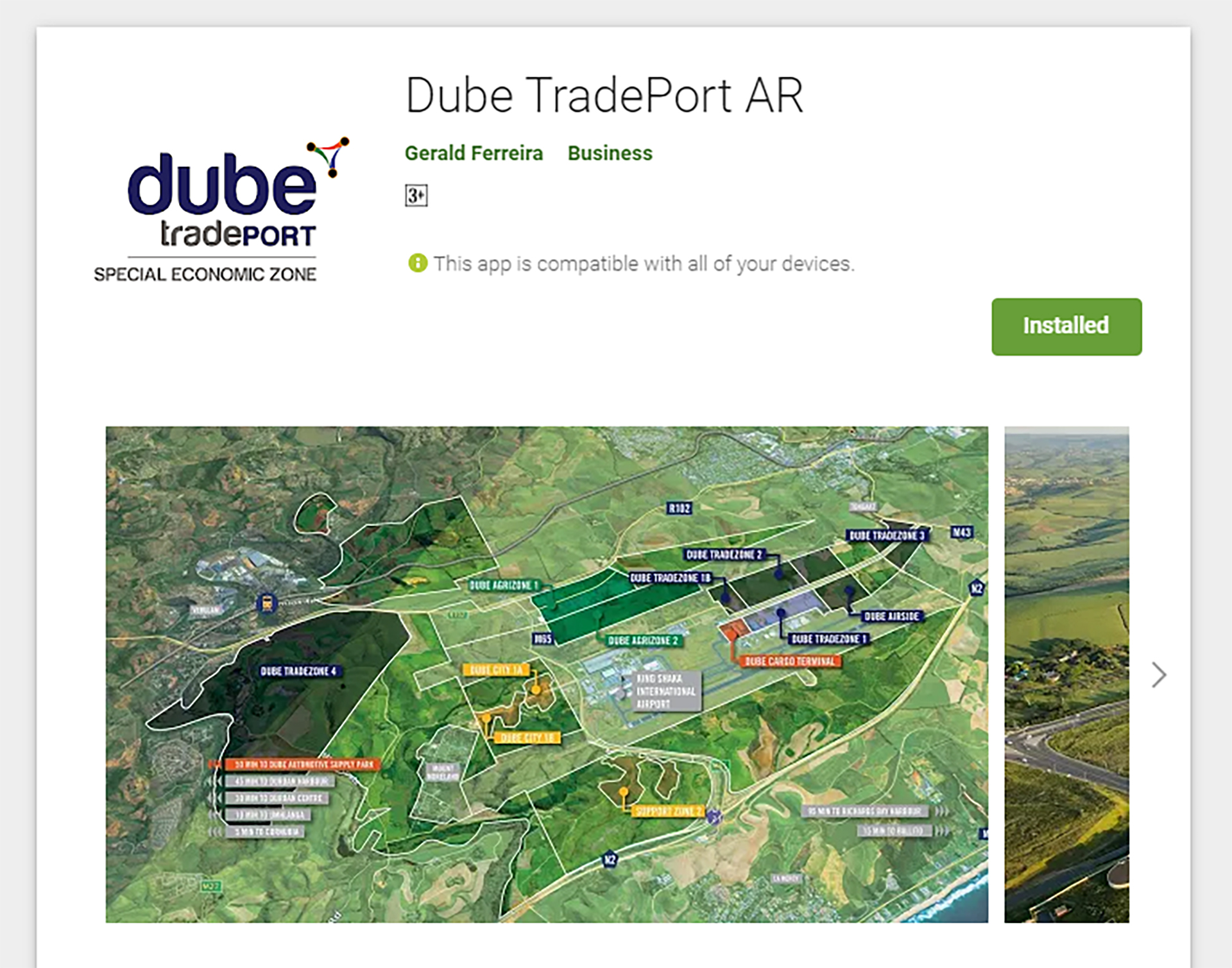